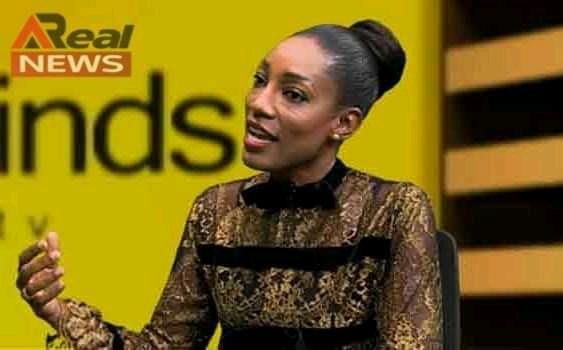 Tundun Abiola, a daughter of late politician and business mogul, late Chief MKO Abiola has decried the incarceration and pains the Department of State Services (DSS) inflicts on the leader of the Indigenous People of Biafra (IPOB), Nnamdi Kanu.

The daughter of the acclaimed winner of the 1993 Presidential election, Abiola, said she was afraid Kanu should not end up the way her father did in the hands of Nigerian former military dictator, Sani Abacha.
Abiola had died in the custody of the military junta having being detained for four years.

Ms Abiola also begged Nigerians to desist from utterances that could aggravate Kanu’s sufferings adding that the Buhari administration was not different from a military regime the country experienced in the 1990s.

Tundun disclosed all these during an interview with AriseTV on Monday while responding to questions on how the pro-Biafra agitator had been subjected to solitary confinement as revealed by his lawyers last week.

Recall that both Aloy Ejimakor and Ifeanyi Ejiofor had told the media that the DSS had subjected their client, Kanu to all manners of torture including restricting him from changing his customised Fendi cloth, not offering him medical services, making him sleep in a tiny cell without a pillow, not allowing him to have his reading glasses and many more.

Reacting, Tundun, a United Kingdom-trained lawyer said, “I have first-hand experience of this, and all I can say like this for Nnamdi Kanu is I hope he doesn’t go through this for four years as my father did. Four long years, that was his (Abiola) reality. And the next thing is that this report came out and would make the federal government look bad.

“The next thing is that they could stop people from seeing him at all. He would just be there all by himself, no access even to a doctor, to a lawyer, certainly, no family member there as he goes through all this.

“That’s why I said on a few occasions that people should be very careful with their utterances, with their actions, so they will not get this man killed. It has happened before, it must never happen again.

“And it is just very sad, here we are in 2021 after my dad died for democracy, we’re still having this conversation in 2021 of somebody being treated appallingly like a kind of a serious killer. Under what circumstances should somebody be treated like this? I’m hoping that the DSS would come out with a statement and completely deny these accusations and prove that the accusations are completely false.

“And that he has been allowed a change of cloth, I mean really. Putting someone in solitary confinement is a kind of torture, putting him in a tiny cell is a form of torture. I mean this is sickening.”