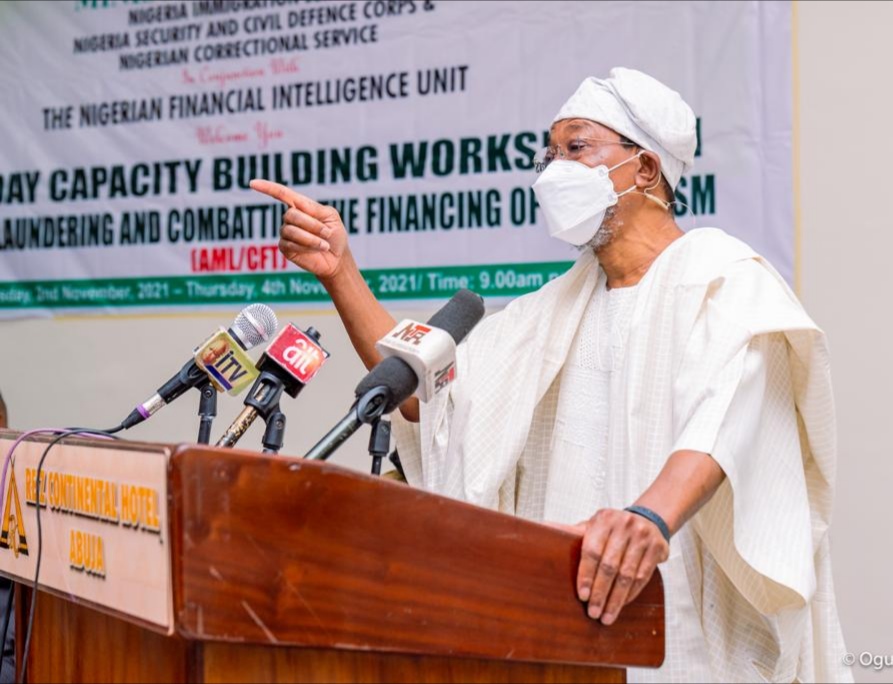 In strategic scientific study of crime, it’s well noted that enormous variety among criminals and criminal acts in complex societies such as Nigeria must be pigeonholed holed into the typology of crime to achieve solutions to the casualties of human dysfunctionalities.

It will be helpful to know that about one-third of all offenders were born criminals — that is — throwbacks to a more primitive human; more than half were criminaloids, people who were neither biologically nor psychologically abnormal; and the remainder were insane who are solely cletomaniac.

Resolving crime control will be efficacious by knowing that the criminality of some offenders may be due mainly to psychological problems, whereas other lawbreakers may be responding principally to economic pressures. Although different types of criminal activity may share some causal factors, the weighting of these and other influences would probably differ from one offender type to another.

The current model in our correctional centres whereby the Federal Government builds and pays the salaries of the officers to man them is highly defective and at the end of the day is counter productive in the effective tackling of crime. I advocate that the correctional centres should be built by the State Governments while the Federal Governments provides the manpower to guard them in the form of paying the salaries of the officers who guard them.

This is because as the saying goes ‘All politics is local’, it also applies to crime as well. The crimes committed in a state are perpetrated by the indigenes or residents of that state which makes it imperative for regionalism in the form of crime control.

The practice of a stranger from the north guarding a correctional centre in the east would backfire as the northerner doesn’t understand the culture, norms and mores of the east and so would not be that effective in combating crime. The same goes for the southern guarding correctional facilities in northern Nigeria.

For instance, the Amotekun in the south west whereby it is run by the Yorubas has drastically reduced crime in that region especially with the presence of Fulani herdsmen who have posed a menace in that zone with frequent killings and maiming in their battle for land for their cattle.

The National Assembly should devolve the building of correctional centres to the concurrent list which will get the state governments more involved as they are nearer to the people than the faraway federal government in Abuja.

The state government officials are more knowledgeable about the local terrain and the reasons why their people go into crime than the Federal Government and so will be in a better position to curb it by reducing it to the barest minimum if they are given the powers to build correctional facilities.

The progressive Minister of the Interior, Ogbeni Rauf Aregbesola surreptitiously echoed this when he said that collaborative efforts among security stakeholders would help a great deal in tackling financial crime. He said law enforcement agencies and regulators must work together to prevent financial crimes in Nigeria.

The former State of Osun Governor called for innovative ways to deny criminals of the proceeds of their illegal activity as these funds were being used to sponsor terrorism and other forms of criminality in the country.

He added that such money should be spent on projects and programmes that would benefit the entire population. Aregbesola stated this at the opening of a three-day workshop based on Anti Money Laundering and Combating Terrorism for the Ministry of Interior and its agencies a few days ago in Abuja.

“As terrorism, banditry and other serious cross border crimes continue to proliferate, law enforcement agencies and regulators must work together to prevent, identify, punish and deter financial crimes.

“We must continue to seek innovative ways to deprive criminals of the proceeds of their illegal activity and plough back into projects and programmes that would benefit the entire population. Experience has shown that these funds are also used to undermine economic, social and political stability through funding of terrorism and terrorist-related activities.

“As a responsible member of the comity of nations, Nigeria is committed to meeting the global standards for the integrity of the financial system and preventing it from being used as a safe haven for the movement of illicit funds”, he said.

Interestingly, criminals don’t live in the moon; they live in communities and their families are known by the states where they reside. If the aforementioned proposal of a devolution of powers of the building of correctional facilities by State Governments is granted, it would make the work of the Economic and Financial Crimes Commission (EFCC) easier in the area of intelligence gathering as the anti graft agency will obtain information easily from volunteers within the community who know these criminals very well.

It will also go a long way to fighting crime if the officials who man the correctional centres are also from within the state or community as it will curb the ugly incidents of frequent jail breaks since they understand the terrain more than foreigners posted to guard there. The Federal Government can then come in as a financial partner in paying the salaries and emoluments of the correctional facilities officers since most states with the exception of Lagos, Rivers, Akwa Ibom, and a few others are tottering on the brink of insolvency and it will take some time for them to boost their internally generated revenue to be able to pick the tab of the officers.

The devolution of powers can enable the various states enter into strategic partnerships with international anti-graft agencies for funding and technical support in battling all forms of crimes. The states will use their bargaining wits to attract foreign funding in the building of these correctional centres which will go a long way in effectively tackling the hydra headed monster of crime.

The capacity building will also include preventive measures to discourage youths from going into crime based on the peculiar needs of each individual society. What works in Kwara State may not work in Enugu State and so there is the need for each state to develop a sturdy blueprint of effective crime fighting and control which will work best for each of them, rather than centralizing it as it’s currently being done.

The current talk about restructuring should include this as we wouldn’t be alive if the activities of criminals are allowed to go on unchecked. You need to be alive first before you can discuss any other thing as the sanctity of life is the most important fundamental human right which effective crime prevention would automatically guarantee.

This discourse should be accentuated by the media as it has the traditional duty of both agenda setting and opinion moulding which will influence the decision and public policy makers to buying into the idea and taking the necessary steps to implement it.

Civil Society Groups should also join this important discussion of getting the states to build correctional centres as a low crime rate has a nexus with the economic prosperity of any nation which the country so desperately needs.

Ikhide contributed this piece from Lagos via: ikhideerasmus@gmail.com