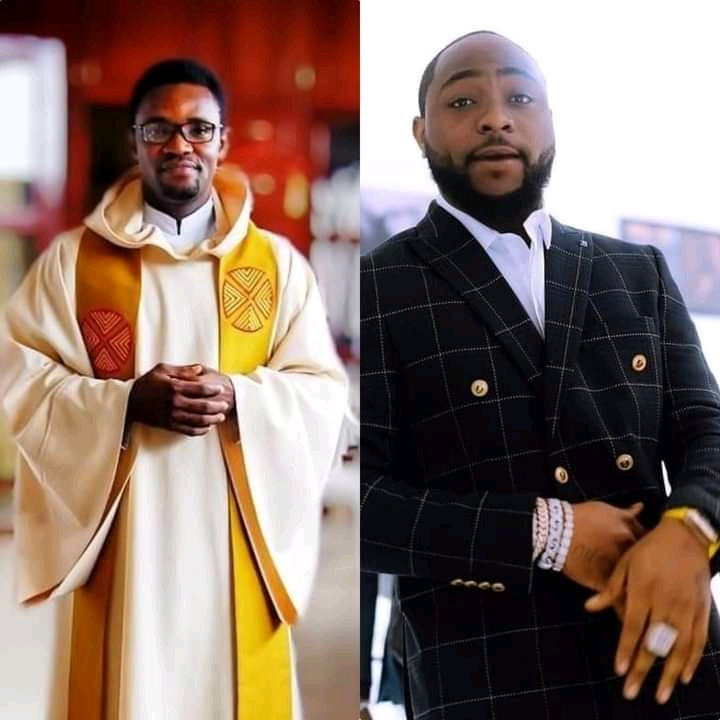 “I learnt a particular Nigeria pastor warned that if Davido does not pay tithe from the money given to him, “HE WON’T MAKE HEAVEN”.

According to a statement and message released by popular catholic priest, Rev Fr Kelvin Ugwu on Davido N250m Donation to orphanage and motherless babies home across the country.

He said: You Do No Wrong If You Don’t Pay Tithe – Catholic Priest Counters Prophet Aloysius

Do you now see how we ministers, simply because people call us Men of God, we now know who will make heaven or not? In other words, we have made ourselves God of men.

Do you now see the centrality of tithe over giving water to the thirsty, clothing the naked and caring for the orphans and less privileged that are well emphasized in the Bible?

I just wish all christians will overcome the fears some of these people that are parading themselves as pastors have put in them over paying tithes. I wish they all will decide never to pay tithe out of fear of hell or promise of blessings. Because actually, you do no wrong if you don’t pay tithe and you don’t make it to heaven because you paid tithe.

The biggest lies propagated by today’s Ministers is how payment of tithe is what releases God’s blessings and takes you to heaven. And these ministers preach this with threat of death. If you get to that point where the threat to pay tithe is nothing but gibberish, then you have emancipated yourself.”