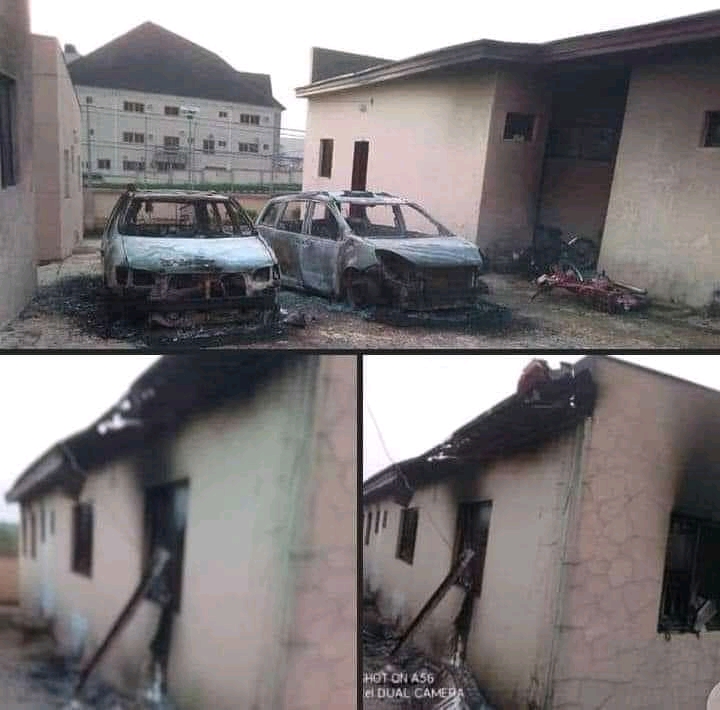 Some gunmen have attacked the police divisional headquarters in Arondizuogu in the Ideato North Local Government Area of Imo State, inflicting matchete cuts on the head of the Divisional Police Officer

Hotmedia.ng learnt that the gunmen razed the police station, and shot dead an Assistant Superintendent of Police in the attack which occurred about 2am on Monday.

It was also learnt that a police vehicle and the DPO’s SUV were burnt by the assailants.

Hotmedia.ng gathered from top sources that the state Commissioner of Police, Hussaini Rabiu, was already on his way to the community to assess the level of damage done by the rampaging gunmen.

“The morning is a little rough at Arondizuogu, Ideato North, Imo State as the DPO was attacked ad matcheted on his head and an ASP shot dead. The police station was burnt down, including the police Sienna and the DPO’s personal Lexus Jeep car. All were burnt down. The CP is on his way to the place,” one of the sources said.

Same Monday, gunmen had killed a military officer when they attacked some soldiers in Awo Mmamma in the Oru East Local Government Area.

The incident which happened at Ishieke junction in the area caused panic in the community.

“Some of the hoodlums attacked some soldiers at Ishieke junction in Awo Mmamma and killed one of them. They zoomed off towards Ihiala in Anambra State. Later soldiers invaded the area and caused havoc in the area by setting a hotel, cars, houses and stalls on fire,” a source had said.

Imo State has been experiencing a series of attacks lately, especially on security formations.

On April 5, armed men invaded the headquarters of the Imo State Police Command and the Nigerian Correctional Service in Owerri, burnt the facilities and freed over 1,800 inmates.

Unfortunately, one person suspected to be a fleeing prison inmate was hit by a stray bullet.

A few days later, the country home of the state governor, Hope Uzodinma in Omuma, Oru East Local Government Area of the state was invaded by gunmen.

During the attack, they burnt part of the building and razed some vehicles in the compound, killing at least a security official.