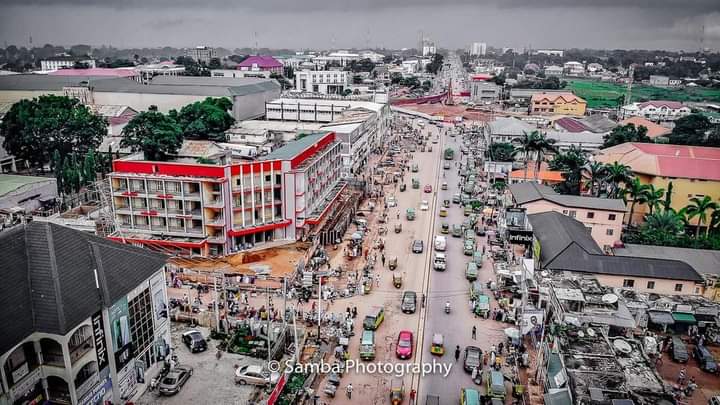 The History of Kaduna is generally related with power, struggle and dominance. This is because it is considered the headquarters of Politics, Military Formations and Centre of Learning in Nigeria.

Generally it has been established that Kaduna is a term derived from the Hausa term ‘Kadduna’ to mean crocodiles. Although some scholars are of the opinion that it had been in existence since the 14th century AD. However, writing of Smith suggests that it may have been peopled even much earlier, thus making it belong to the area that experienced further influx as a result of tectonic changes experienced during one of the earliest change in climatic condition.

Much of what is known of the area especially in area of power and administration became clearer with the arrival of the British in the 20th century when it was made a garrison town for the WAFF and later a capital city for the colonial government in Northern Nigeria. In this way, Kaduna was a city founded to play dual roles: a military garrison and a political headquarter.

Kaduna: Land and Peopling
Kaduna in term of landmass/space has a total area of 332, 400 sq. miles, the Northern Nigeria (North-West, North-Central and North-East, this is completely outside what was to be the Sardauna Province that was added to it after the 1963 plebiscites) had 255, 400 Sq. m while Southern Nigeria (the South-West, South-East and South-South combined) had only 76, 700 Sq.m. For this even then the North was made up of ¾ of Nigeria and at least the capital of this bigger part of Nigeria (Kaduna) should provide the administrative capital.

Since its establishment, Kaduna has always been relevant in Nigeria’s scheme of things.
​In term of population, the area has continually experienced astronomical growth when compared with other area which maintain same status as Kaduna. For instance with a population of less than 2000 indigenous population in 1907, the first batch of 2000 soldiers added to the population by 1914.

The railway was attracting people as labourers, artisans, sellers etc. The original workforce was 300 and soon rose to become 3317 men and by late 1914 because many were recruited into the army to join the World War I, the labour force dropped to 2,500 men, while migrants in such places as Tudun Wada, Sabon Gari and Makera rose to about 5000. By 1927 when the Kaduna-Port Harcourt railway was opened, the population increased with more migrants and the township could boast of over 10,000 inhabitants.

And as a result of the demographic change as well as its urban nature, Kaduna became an important city to many people and for many reasons. This is where the some of the challenges facing Kaduna may be located.

​Apart from Lagos (and of recent Abuja) Kaduna is noted for its cosmopolitan population and composition. This according to research is hinged on the fact that it is easy accessible to people especially owing to the fact that it host on one hand the railway junction from coast of Lagos of up 1,200 km linking the northern parts of: Zaria-Kano-Nguru and Maiduguri; Zaria- Funtua, Gusau and Kaura Namoda; Zaria-Jos-Kafanchan and on the other hand the Kaduna railway lines linking the north with the Eastern part of the country through Kafanchan-Makurdi-Enugu and Port Harcourt to the sea.

The import of this to Economic Historian is that it has led to the heavy industrialization of the area and as such attracted people as well as a source of economic growth in the city even before Independence on 1960.

Once the country attained Independence in 1960, the influx of people into the area increased , so much so that by the early 1990’s, it had attained the status of industrial-cum-economic nerve center and thus becoming a major melting point that it became a mini-Nigeria.

The Making of Modern Kaduna
Although Kaduna had a history of attracting population even before the conquest of the Nigerian area in the early 1900, but its attraction to the international world was already visible to the imperial world much earlier than some areas in modern Nigeria.

For instance due to the strategic nature of Kaduna, Lord Fredrick Lugard the British High Commissioner as early as 1902, set up a Committee headed by Captain H. Gyme Howell to visit Kaduna as a neutral settlement and survey its suitability as a capital even before the conquest of the entire northern Nigeria and submits his recommendation.

With this, the British government continued to make grand efforts to secure the place for the future. This became realistic which the conquest and eventual fall of the Caliphate to the British in 1903, which made Kaduna to serve as a neutral ground in the mobilization and preparation of the military conquest, which further justified its importance to the colonial government.

This made Kaduna more of a military centre as was justified by 1907 action during which , the British following several surveys and Lugard made Kaduna headquarter of the Northern Nigerian Regiment of the WAFF and ordered the movement of troops on permanent relocation to Kaduna.

When Lugard’s exploit in the North was appreciated and rewarded as Governor-General of Nigeria in 1913, he revisited Howell’s recommendations of the choice of Kaduna as capital for the Northern Protectorate and wrote the Secretary of State in London, Lord Harcourt, of the choice of a new capital for Northern Nigeria stating thus:
“I recommend, therefore, that the capital (for northern Nigeria) should now be moved to the point where the railway crosses the Kaduna at mile 572 from Lagos.

The movement started in 1913 before the World War I broke out in 1914”.
Thus from the onset, it is clear that the creation of Kaduna as a strategic point even by the colonial government was primarily to serve as a convenient capital firstly for the WAFF in northern Nigeria and later as the Administrative capital of the Northern Nigerian Protectorate. According to Oyedele, this marked a turning point in the history of urbanization and metropolitan development in Nigeria, which was a great departure from the history of the formation and existence of hitherto traditional cities in northern Nigeria in particular and the country in general.

This was because in establishing Kaduna as a capital city therefore, not only that the British colonial administration made virtue out of expediency, but that since then the town has remain as the nerve centre in the political, military, economic and social history and development not only the present 19 Northern States in the Nigeria but the entire country.

Again not only that Kaduna is a center of learning, it remains one of the leading industrial centers in the country and in the North in particular. This has been particularly noted by scholars when opined and acknowledge that over the years, Kaduna remains one of the few cities in Nigeria established as a capital city during the colonial period and has remain so till date.

This view is back by the following facs:

Firstly,  as the headquarters of the West African Frontier Forces during the conquest of northern Nigeria in 1907 and then the capital of the defunct Protectorate of Northern Nigeria 1913-1957.

Secondly, when the Regional government was introduced, Kaduna was maintained as the capital of the Northern Regional Government under the Premiership of the late Sardauna of Sokoto, Ahmadu Bello, from 1957-1967.

Kaduna in Modern Nigerian Politics
The struggle for Independence from the British colonial authority, led to a situation in which some Western educated elites in Northern Nigeria largely resident in Kaduna saw themselves as a united force to champion this course. It was therefore not surprising that in October 1951, this United Force came together to form a cultural association they named Jam’iyar Mutanen Arewa, which was later transmuted into a political party in July 1952 and named Northern People’s Congress (NPC). To justify the future role Kaduna was to play in the country’s political development, this party with large following had its first convention in Kaduna and was to become the party that formed government both in the North and in Nigeria up to January 1966 when the first coup d’état was executed.

Even without a Regional Government, Kaduna still remains an important capital for the Northern states in Nigeria where the 19 States Governors as well as the Council of Northern Traditional Rulers meet regularly to discuss affecting their jurisdictions. Today Kaduna houses the Headquarters of the Jama’atul Nasir Islam established since 1963 and the Christian Association of Nigeria established since 1980.