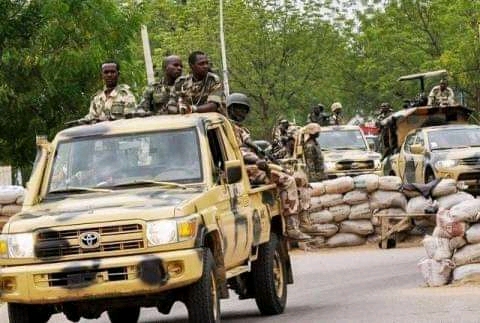 Security measures have been beefed up in Abuja, the Federal Capital Territory, following intelligence reports of a planned attack on the Nigerian capital by bandits and terrorists.

According to the report, it was gathered that the military obtained security reports late Tuesday which indicated that attackers were planning to enter the FCT through the Abuja-Keffi expressway and other entry points.

The Nigerian Army troops have since been placed on high alert and are deployed to strategic locations to mount security checkpoints, monitor, prevent and arrest potential attackers.

The report further said the soldiers have mounted roadblocks at all entry and exit points into the FCT, and are conducting stop and search operations on specific vehicles and passengers.

The operation, which began midnight Tuesday, is said to have led to the arrest of some suspects who are now assisting the security operatives with useful information.

The roadblocks have since caused difficulty in the movement of motorists, especially those who live along the Abuja-Keffi expressway in areas like Kugbo, Karu, Jokwoyi, Orozo, Karshi, Nyanya, Mararaba, One-man village, Masaka, among other satellite towns.

The roadblocks were mounted by soldiers of the Guards Brigade, who are responsible for the security of the President, his immediate family, VIPs, as well as the FCT and its environs.

Some residents told the newspaper that they left their homes as early as 6:30 am but are yet to arrive at their places of work.

A military source, who does not want to be identified on print, said similar checkpoints have been mounted around Abaji, Zuba and Bwari areas to arrest suspects before they gain access into the capital city.

The source said that the invasion of the University of Abuja early Tuesday morning by bandits who abducted some staff members and their families, may not be unconnected to the security measures, with troops in pursuit to apprehend the kidnappers.