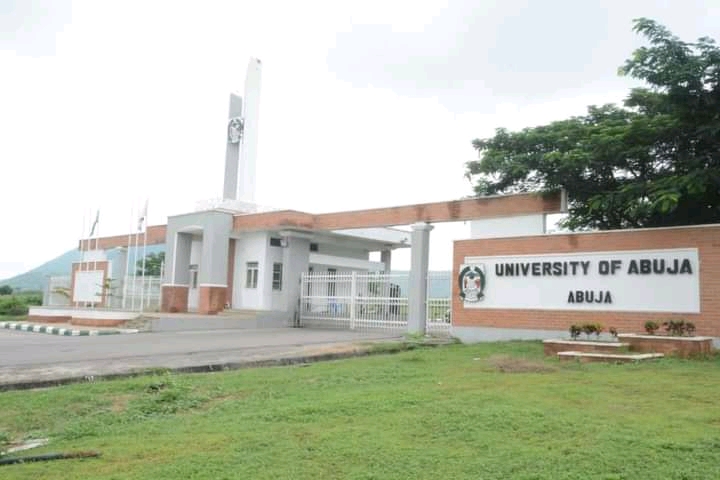 No fewer than 40 bandits on Tuesday invaded the staff quarters of the University of Abuja, located in the Giri area of the Federal Capital Territory (FCT), abducting some lecturers and members of their families.

One of the residents said the bandits were fully armed and believed to be of Fulani extraction, Hotmedia.ng gathered.

The scene of the attack was near the Nigerian Army’s barracks and a checkpoint reportedly of personnel of the army’s Guards’ Battalion.
The eyewitness who pleaded anonymity said the bandits operated for over an hour and 30 minutes.

One of them claimed the bewildered residents of the staff quarters and neighbours tried without success to reach out to security agents.
She said some soldiers finally responded after the bandits had a free reign without resistance. The eyewitness revealed that a public primary school behind the quarters was used by the bandits as their operational base while the assault lasted.

Giri is about 45 kilometres from the three Arms Zone that housed the Presidential Villa, the National Assembly and the Supreme Court.
It is almost the same distance from the headquarters of key security agencies.

Fulani Bandits  attacked the Staff quarters of the University of Abuja on Tuesday morning, kidnapping a professor and his two children.

Sources reveal that the Mr. Joseph Obansa, a professor of economics was abducted alongside his two children.

It was gathered that the Bandits gained access to a senior staff quarters at Giri in Gwagwalada Area Council of the Federal Capital Territory (FCT) at 1 a.m on Tuesday, operating undisturbed for over an hour.

Meanwhile, the university’s spokesman, Habib Yakoob, confirmed the development, saying the victims were six in number.
“Yes, I just confirmed that the information is true. Apart from the professor and his children, a non-academic staffer was also involved. They are about six victims,” Yakoob said.

He, however, added that security operatives had been mobilised to secure their freedom.