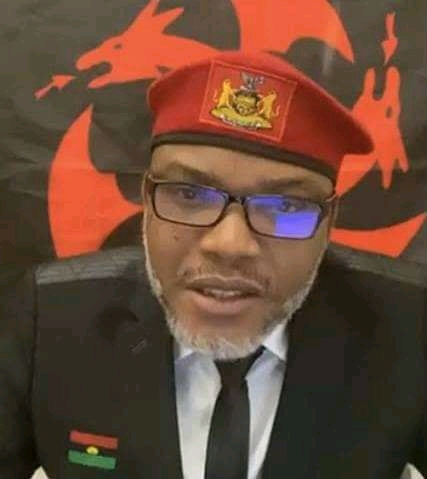 Aloy Ejimakor, a special counsel for the leader of the Indigenous People of Biafra (IPOB), Nnamdi Kanu has said the N5 billion lawsuit filed against the Nigerian government asking freedom for his client on health grounds in Abia State has been assigned to a Chief Judge.

He also stated that case is slated for 2nd November, adding that his desire was to wrap up the matter within one month.

Ejimakor disclosed this to SaharaReporters on Wednesday.

SaharaReporters had reported on October 7 that Ejimakor was disappointed that the case was not assigned to court.

“As of today, the case is yet to be assigned and I was informed by the registry that all parties will be notified of the next hearing date once the case is assigned to a Court.

“A fundamental rights proceeding is sui generis. In other words, it is to be treated as special and expected to be concluded quickly, especially in situations where the applicant is incarcerated.

“Today’s outcome is a disappointment. It is my hope that, going forward, there won’t be any further delay in hearing the case,” he had said early this month.

However, briefing SaharaReporters on the matter on Wednesday, Ejimakor said, “The matter has been assigned to the Chief Judge sitting in High Court 1; and it is set down for hearing on 2nd November, 2021.”

The counsel further said, “On this date, the Nigerian government and its Attorney-General will be expected to move their extant application for extension of time to defend the suit, to which I had filed an opposition.

“After joining issues, I will insist on a ruling on the spot, so that the case can proceed quickly to the next level, which will be a definitive hearing on the substantive matter.

“My intention is to have the case concluded within the next one month. It qualifies for accelerated hearing because of Mazi Kanu’s current incarceration.

“Therefore, I will be strongly disinclined to any further delays coming from the Nigerian government and the other respondents.”

The Muhammadu Buhari-led government through the Attorney-General of the Federation, Abubakar Malami (SAN) had pleaded with the Abia State High Court to give it and other six respondents an extension of time to defend the lawsuit filed by Ejimakor on behalf of Kanu.

SaharaReporters had reported that the the IPOB leader through his lawyer had in August 2021 approached the Abia High Court to enforce his fundamental rights, stemming from the military invasion of his Umuahia home in September 2017 and his subsequent “extraordinary rendition” from Kenya in June 2021.