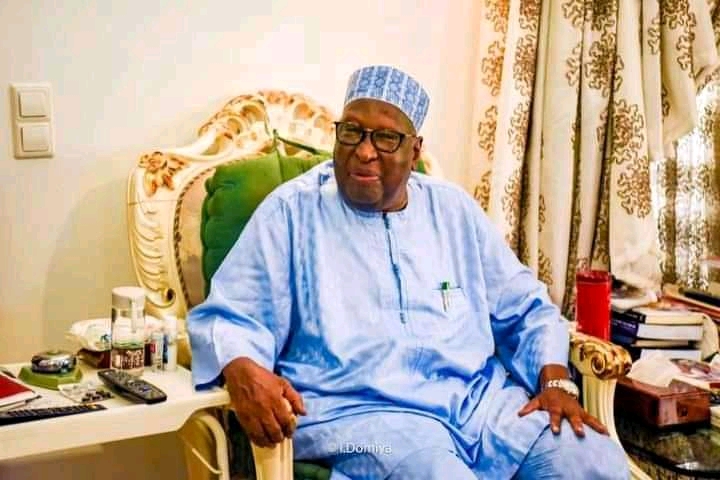 Former Governor of the defunct Gongola State, Alhaji Mohammed Bamanga Tukur says he believes in the capacity of Governor Ahmadu Umaru Fintiri to lead the party to a successful national convention.

Alhaji Bamanga Tukur who also served as National Chairman of the People’s Democratic Party notes that given Governor Fintiri’s developmental revolution in Adamawa and his great leadership qualities, he has no doubt in his capacity to deliver a hitchfree national convention.

The elderstatesman applauded the Party’s choice of a convention Chairman, adding that Governor Fintiri symbolises the true Nigerian leader that the nation needs and Adamawa State is proud to have him as Governor.

While describing him as a rare son of the State, he urged Governor Ahmadu Umaru Fintiri to go out there and make the difference in the October 30th National Convention.

Governor Ahmadu Umaru Fintiri who was at the home of the elderstatesman in Abuja on Monday seek his blessings promised not to fail the State, party and Nigerians.

Governor Fintiri said the Committee is determined to give the party the leadership that can lead PDP to victory in 2023.

He notes that Nigeria deserves a leadership that would return her to the path of progress and expressed the committee’s desire to strengthen the party and deepen democracy in Nigeria.