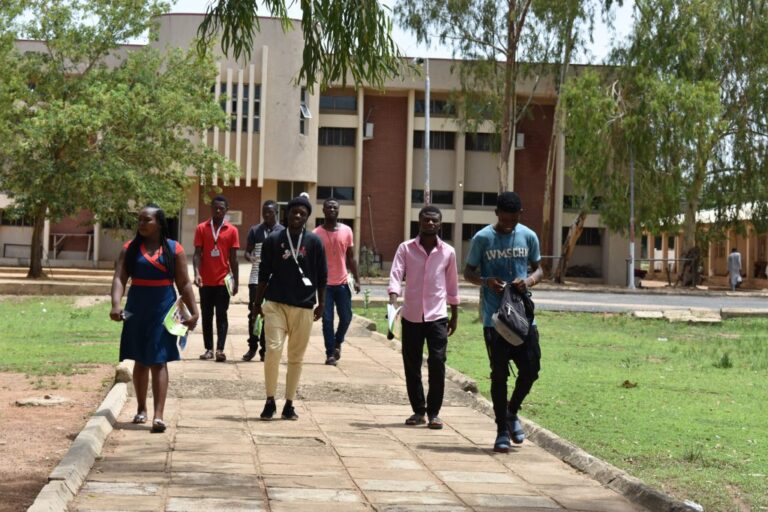 The Federal Polytechnic Bauchi has sacked two of its lecturers for sexually harassing their students.

The Governing Council of the school took the decision at its 98th meeting held on Saturday.

The dismissed lecturers are Musa Baba Abubakar of the General Studies Department and Adebusoye Michael Sunday of the Nutrition and Dietetics Department, The Punch reports.

Human rights organisation, Prison Inmate Development, had, in a letter of complaint addressed to the Bauchi State Attorney General and Commissioner of Justice, Ministry of Justice through the state Director, Public Prosecution of the Ministry, and signed by Japhet Ikita, alleged that the management of the Federal Polytechnic Bauchi was trying to cover up for Baba, who is “adjudged a serial rapist, sexual harasser and intimidator of female students in the institution without making it public for prosecution.”

The letter which was dated October 7, 2021, was titled, ‘Emergency: PIDI-Nigeria condemns concealment of rape, sexual harassment and intimidation of two female students by Abubakar Baba, a lecturer and the Management of Federal Polytechnic, Bauchi’.

He said, “That the lecturer, having defiled one 17-year-old female student was caught red-handed by the Rector of the school. He has been accused of sexually molesting many female students and forcing himself on them.

“That for emphasis sake, he was perhaps not ready to stop without applying any form of the big stick, when he was caught red-handed, pardoned and his colleagues apologized to the school management.”

Ikita quoted Baba’s victims as saying: “He took a knife and threatened me that if I don’t agree to have sex with him, he will injure me. I was very scared, then he came close to me, used his hands and pulled down my clothes by the waist side leaving the rest of my clothes and raped me; there was blood and it was my first time.”

He said the victim had informed the organisation that Baba defiled her in 2016 when she was 17 years old, adding that she lodged her complaint to the Head of the Department of Mass Communication verbally.

She was directed to put it in writing, but nothing was done in that regard to date, it was said.

The activist alleged that the victim was scared by the threat of the school management not to inform her parents or guardians and not to grant audience or approach any authority.

He further alleged that the school management withdrew the case from the police station at “D Division” Yelwa, claiming to have set up a committee for the investigation of the matter within three weeks which elapsed in the last week of September 2021.

The Rector, Arc. Yahaya Gumau denied the allegation that the school management was trying to cover up the matter and the erring lecturers.

He said, “I welcome you to witness the final verdict of all that have been making waves in the media concerning the issue of our staff member who was reported to have been allegedly involved in rape, Abubakar Musa Baba.

“But what surprises me the most is that it is only his own name that is being mentioned. The other lecturer’s name was silent in the media, I don’t know the reason or the rationale behind it.”

He continued, “This issue of Musa Baba came up on August 3, 2021. The extant rule of the Polytechnic is that, if an issue of this magnitude happens, the complainant has to write. And immediately when she wrote, the Registrar, that very evening, was in my house with her HOD.

“I directed that the staff member be queried which was the next line of action as per the extant rules of our institution as provided by the federal government. But when his reply was not satisfactory, we established a committee to investigate that matter thoroughly to its logical conclusion.
After the committee submitted its report, the next authority that should have looked into the issue is the Sub-Committee of the Council. And the Council normally meet quarterly. This issue happened after the last council and it was the next meeting that would decide on the case.

“The Senior Staff Appointment, Promotion and Disciplinary Committee met and invited the suspect. We cross-examined him and made our recommendations to the Council.

The Rector said that the two ladies (victims) have military backgrounds, noting that, “the case of Musa Baba, the student involved, her father is a military man”, adding that “this second one also, her sister who was financing her, is a military personnel and she was the one who gave her the clue on how to go about the case.”

He said the issue has been treated to its logical conclusion, stressing that “the Council of the Federal Polytechnic, Bauchi, in its 98th sitting, has finally dismissed these two staff.”

Gumau said the dismissal letters of the erring lecturers would be handed to the police and the Department of State Services (DSS) who assisted the institution on the matter, for subsequent submission to them.