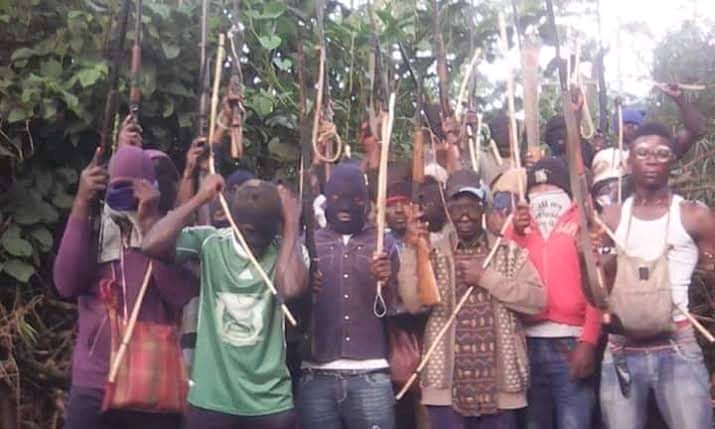 A pro-independence movement fighting for self-rule in South-West Cameroon, Ambazonian Boys, has increased its agitation as the fighters now screen Nigerians near the Cross River State border.

It was learnt that they blocked both Cameroonians and Nigerians travelling into and out of the two countries was well as engaging in shooting since last week in the borderline communities.

A Cameroonian, who resides in Cross River State capital, Calabar was said to have sneaked into Mamfe town and other parts of their ancestral southwest Cameroon. He narrated how they were very lucky to have returned alive.

According to Daily Post, Bisong Ojong Nre, 56, who does menial jobs in Calabar and had a family reunion in his Cameroonian hometown three weeks ago said he had to meander dangerous bush paths near Boki LGA of Cross River State to escape the rampaging Ambazonian Boys who extort and clamp down on those that violate their orders.

“Towards the international border town of Mfum near the commercial town of Ikom in Nigeria, the Amba Boys thoroughly screen travellers including Nigerian traders.

“The boys are angry that a splinter group has aligned with outlawed Biafran groups to sabotage and betray them to forces loyal to President Paul Biya of Cameroon.

“The boys, therefore, suspect Nigerians. They have even alleged that the Nigerian government is subtly supporting Biya against them.”

Another Cameroonian, who also returned to Calabar over the weekend, said the Amba Boys now had upper hands over the Biya federal forces who are fighting them to unite the country.

“We have seen them destroy Biya’s armaments, including many armoured tanks. But what is making us more fearful is that they don’t spare any suspicious characters. They have killed many of their people too, including burning down houses of anyone who attempts to betray them.”

An insurrection broke out in southwest Cameroon over five years ago, when the English speaking people of Southern Cameroons demanded an independent, sovereign nation they call Ambazonia.

The name Ambazonia comes from the Ambas Bay. The bay which is located in southwestern Cameroon is considered as the boundary between Southern Cameroons and the Republic of Cameroon.