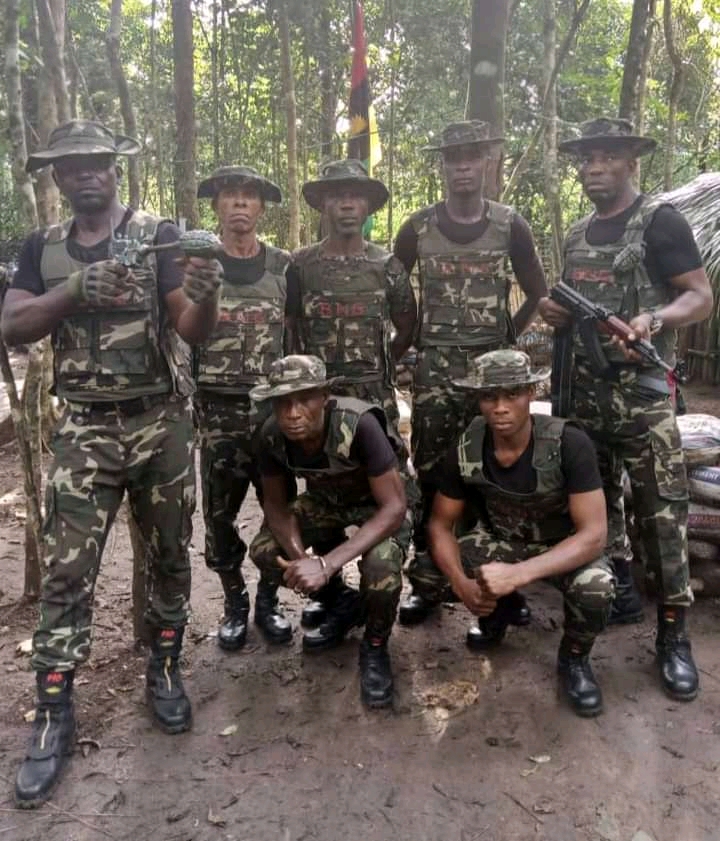 The Leader of Biafra National Guard (BNG) a Military Wing for the final push to restore The Sovereign State Of Biafra General Innocent N. Orji has given the world a preemptive warning to the global community European Union (EU), African Union (AU), United Nations (UN), United States Of America (USA), United Kingdom (UK), Common Wealth, ECOWAS, Federal Government of Nigeria and President Muhammadu Buhari that the deadline given to them to release all the prisoners of Conscience in Onitsha and Awka prisons respectively hard long passed since May 30, 2021 and that the consequence of making empty his demands remains the abolishment of Anambra State Election come November 6, 2021.

According to Orji “I gave out a note of warning to the Anambra State Government and the Federal Government respectively and gave May 30, 2021 as the deadline to release the 19 Biafra Activists held for about 16 years now without hearing”.”Biafra National Guard (BNG)

The Biafra Armed Forces shall make sure that Anambra State Election does not hold irrespective of how many millions of Police officers and Military jet fighters deployed for the November 6, 2021″.

Speaking with reporters through his Spokesperson Mazi Agwu Francis, General Orji said that, “Biafra National Guard (BNG) will declare Biafra a Free Independent State come October 30th if the Federal Government of Nigeria refuses to release the Radio BIAFRA Director, Mazi Nnamdi Kanu on the date of his next court hearing”.

He further opined that no amount of world conspiracy or any weapons made by man can stop the Land of the rising Sun from shining”.

“BNG calls on all relevant Organizations of the world, global family of Biafrans home and in diaspora should brace up for the forthcoming BNG Live Broadcast announced for 27th – 30th October, 2021 because freedom is not given on a platter of gold but taken forcefully”.

“Biafra is already a Sovereign State and if we don’t see Nnamdi Kanu and all Pro-Biafran Activists held unjustly walking as free men and women come October 21 Court hearing, I General Innocent N. Orji, the General Officer Commanding, BNG, the Military wing for Biafra restoration shall hoist the flag of Independence of Biafra and restore Biafra whose Sovereignty was attained since 1967 but was forced to sleep by global conspirators and the occupational soldiers of Nigeria”.

“We are ready and adequately prepared to defend ourselves, our territories and her intercontinental shelf from Internal and External aggression”.

General Innocent Orji decried “the injustice meted out to Biafrans while their resources steers the wheel of the illegal occupational Government of Nigeria and various uncountable Countries of the world citing the United Nations Declaration On The Rights Of Indigenous People, Articles 3 and 4 backs our quest for Self-Determination. Article 3 explicitly said that “Indigenous peoples have the right to self-determination. By virtue of that right they freely determine their political status and freely pursue their
economic, social and cultural development” while Article 4 states that “Indigenous peoples, in exercising their right to self-determination, have the right to autonomy or
self-government in matters relating to their internal and local affairs, as well as ways and means for
financing their autonomous functions”.

“Upon these status of international proclaimation shall we base all our subsequent actions, proclaimations and declarations”.