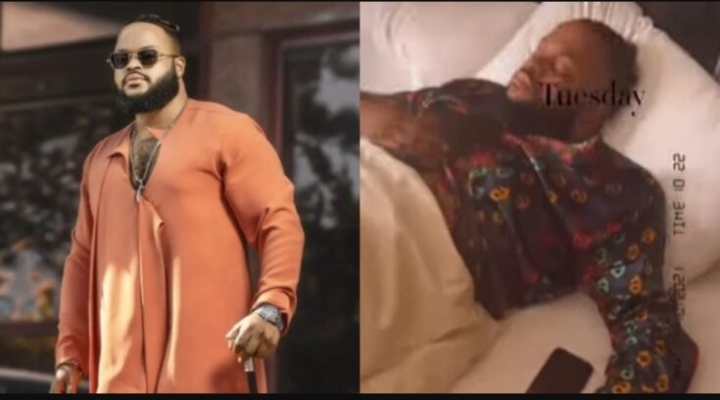 Serious Fear has gripped the fans and lovers of The winner of the Big Brother Naija ‘Shine Ya Eye’ Season, Whitemoney over his health related issues.

Whitemoney, who has been reportedly hospitalized in a Lagos State hospital.

Although the cause of his illness was not revealed, he was sighted on drips.

Alongside an Instagram video of the 29-year old receiving treatment was a caption that read, ”Good morning, break in transmission. We will be back shortly.”

BBNaija finalists have been going for media rounds since their exit from the house. His tight schedule may be responsible for his breakdown.

WhiteMoney emerged winner of the ‘Shine ya Eye edition’ ahead of Liquorose, Pere, Cross, Angel and Emmanuel on the final day of the show.

He walked away with N30million in cash and prizes adding up to N60million.

According to the report, the 29-year old reality TV star was on Tuesday morning rushed to the hospital. Although the cause of his illness is yet to be ascertained as of the time of filing this report, but he was sighted on drips.

In a video posted on his Instagram page and caption, ”Good morning, break in transmission. We will be back shortly,” Whitemoney was seen receiving treatment.