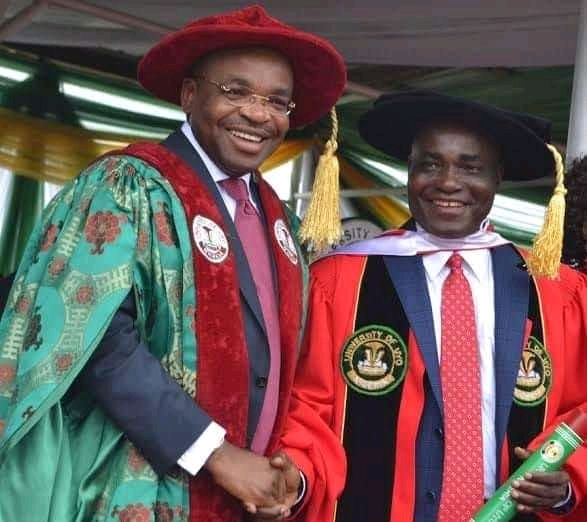 Senator Ita Enang who spoke, Saturday on Talk-Radio Show on Inspiration FM, Uyo, also noted that the governor was now his friend.

Recalling how he had announced amnesty for the governor, during his last interaction with members of the Nigeria Union of Journalists (NUJ) in the state, Ita Enang pointed out that it was no more necessary to criticize the Udom Emmanuel led administration in the state.

He explained that the governor has done a few things in recent time to merit his friendship.

Enang cited the recent visit of the Vice President of the Federal Republic of Nigeria, Prof. Yemi Osinbajo SAN and the President of the Senate, Distinguished Senator Ahmed Lawan who were in the state as part of the events to mark the 34th anniversary of the state.

Similarly, the president of the Senate, Senator Ahmed Lawan was in the State on Wednesday, October 6, to perform the recommissioning of the Uyo-Ikot Ekpene Road.

Ita Enang stressed that with the recent developments he can ask questions such as the extent to which the Dákkada Towers can go in generating revenue to assist the state in its yearly expenditures.

Enang pointed out that with happenstances around the country will see many politicians from different parties joining their Brethrens who had defected into the ruling APC.

He however called on citizens of the state to keep watching for what will happen in the coming days as only a public pronouncement by the governor and official defection will convince the political pundits in the state.