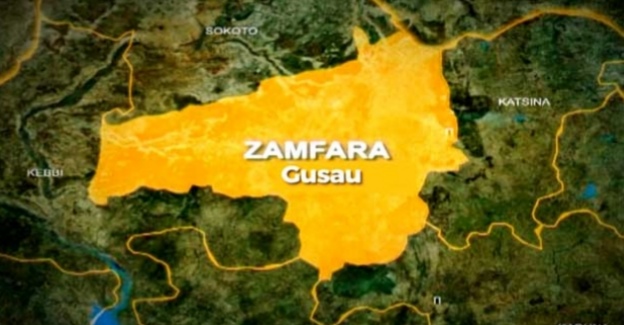 Alhaji Abubakar Muazu Magarya, the father of the Speaker, Zamfara State House of Assembly, Hon. Nasiru Magarya has reportedly died while in captivity at the bandit’s den.

The Speaker’s father who was the District Head of Magarya village, was kidnapped by bandits about two months ago, along with his wife, a three-week-old baby and three others.

While the kidnapped victims were rescued on Saturday (October 2), the Speaker’s father was not among them.

Speaking after his rescue, the elder brother of the deceased, Malam Dahiru Magarya, who was among the kidnapped victims said, the speaker’s father died of a heart attack.

“One of the bandits’ kingpins popularly known as Kachalla informed me that my brother died due to heart failure while in captivity. We were separated when they kidnapped us, they took my brother to another camp but it was Kachalla, one of the commanders of the bandits that told me about the death of my brother which was a result of a heart attack hours before our rescue,” he said.

But the Speaker of the State House of Assembly, Nasiru Magarya who is currently the acting Governor of Zamfara State, said he was not aware of his death but he will find out and get back to our correspondent.

“As I am speaking with you now, I am not yet to confirm the story, I’m just hearing it just now. So, after finding out the reality, I will let you know but for now, to me it is not true,” he told Channels Television via a phone conversation.

The State Police Public Relations Officer, SP Mohammed Shehu also told Channels Television that he is not aware of the death of Alhaji Magarya.

“The Commissioner of Police has not spoken about it. He only spoke about the success recorded and people rescued; five from Magarya community in Zurmi local government and 11 people from Kaura-Namoda local government area of the state”.

On August 5, 2021, bandits in their hundreds stormed Magarya town in Zurmi local government of Zamfara State and abducted the speaker’s father, step-mother and