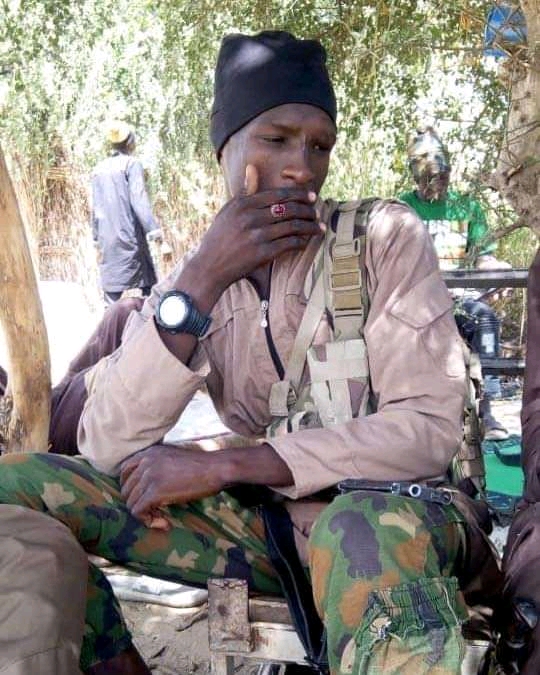 In July 2021 reported that Dan-Buduma was appointed Operational Commander, Timbuktu Triangle by the group’s Interim Council during an emergency meeting which was attended by Wali (Leaders), Qa’ids (Chiefs), Commanders and all other structures of both ISWAP and Boko Haram.

He is said to have killed so many Nigerian soldiers and civilians during different attacks by the terrorist group.

Unconfirmed report has it that Dan-Buduma was recently arrested by the Nigerian Army in Sambisa forest, Borno State.

ISWAP, which split from the mainstream Boko Haram in 2016, has become a dominant group, focusing on military targets and high-profile attacks, including against aid workers.

With the death of Abubakar Shekau and the realignment of various factions, an interim committee headed by one Abbah Gana aka Ba-Lawan was appointed to lead the ISIS Islamic Caliphate of Africa (Wilaya of Africa), covering parts of Nigeria, Chad, Niger and Cameroon.

The Nigerian Army has repeatedly claimed that the insurgency had been largely defeated and frequently underplays any losses.

The terror group has caused over 50,000 deaths and displaced millions of individuals mainly in Adamawa, Borno, and Yobe states.