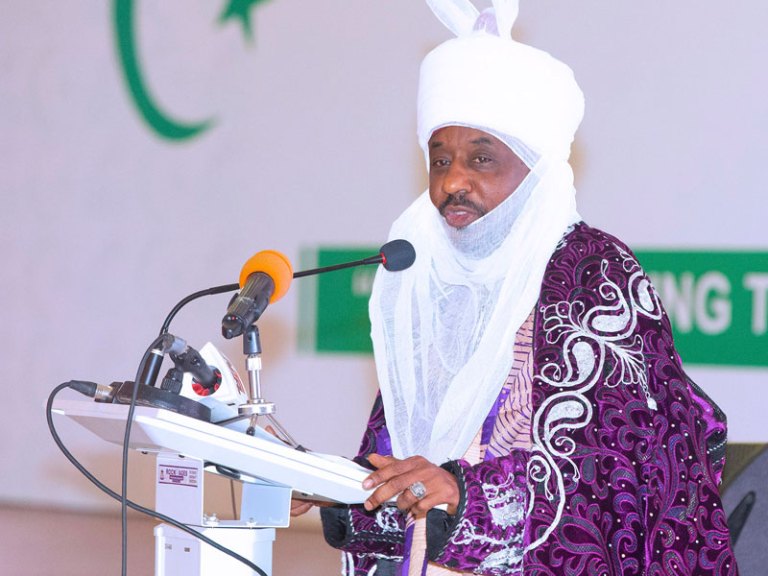 The former Emir of Kano, Muhammadu Sanusi II, yesterday identified corruption, poor leadership and wrong-headed policies as the bane of Nigeria, citing the regime of paying subsidy on petroleum products as part of the corrupt practice that may bring the country to its knees.

Speaking on Arise News Channel, the former governor of the Central Bank of Nigeria also described as an assumption, the notion that Nigeria is an oil rich country.

Sanusi declared: “This has always been a big joke for me and we also talk about the fuel subsidy. President Jonathan tried to remove fuel subsidy and the people protested. You are producing two million barrels of oil for 180 million people and that’s one barrel for 80 people. Saudi Arabia produces one barrel for three citizens.

“You produce one barrel for 80 and your share of that revenue from that barrel is maybe half, so it translates to one barrel for 160 people. We need education, we need healthcare, infrastructure, telecommunication, agriculture and you decide that what they need more than anything else is cheap fuel and that doesn’t make sense. We are throwing away millions of dollars in this scam called subsidy.

Read Also : What My Government Has Done, Obasanjo, Yar’Adua, Jonathan’s Fails To Do – Buhari Reveals

See also  Bad weather, sabotage responsible for election postponement, says Yakubu
“When oil prices go up, other producers rejoice but not so for Nigeria. Our refineries are not working and we have this scheme called subsidy which is really a scam and practically everything that comes in goes practically out to import petroleum products and to pay subsidy on those products.

“When you deal with corruption, you also have to look at creating the opportunities for corruption. Corruption thrives when you create an opportunity for people to take advantage of things. When you talk about the oil industry, for example, if you eliminate fuel subsidy, you eliminate fraud worth billions and millions of dollars. If there is no subsidy, what is the incentive to come and forge bills of laden and bribe Customs and bribe people?

“If you don’t create an arbitrage opportunity in foreign exchange market, how do you create corruption there? So, I think we need to look at the structures and processes and make sure we eliminate the avenues and incentives for people to be corrupt.”

He said the second highest form of corruption “is appointing people who are incompetent to positions.”

“If every public officer starts thinking about how his actions and decisions affect a human being and how he can contribute positively to affect that human being, he will begin to address issues. But, I think you should ask, does this person even understand what he is saying, whether you are a minister or a civil servant? I think if you are a minister, at the end of eight years, you should assess how you affected the people.”