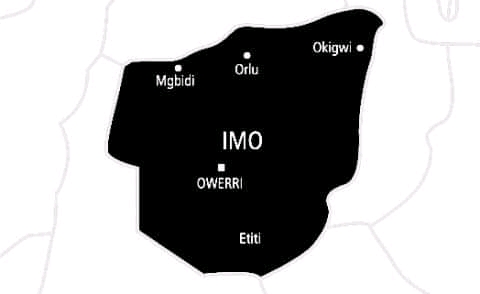 A bus driver, whose identity is yet to be ascertained has been burnt alive at Mbaise in Imo State by some gunmen.

The gunmen also burnt a truck heading to Owerri in the same Mbaise town, Tribune reports.

The victim who was driving a bus loaded with passengers was coming from Owerri when it was attacked and set ablaze at Oboma Nguru Mbaise, while the truck heading to Owerri was burnt at Ahiara junction.

An eyewitness said before setting the bus ablaze, the passengers were ordered out of the bus by the gunmen.

The Indigenous People of Biafra (IPOB) had declared a sit-at-home on October 1, 2021, when Nigeria will be celebrating its 61st Independence anniversary

In compliance with this, residents of Owerri, Imo State capital on Friday shut down their businesses and stayed indoors.

The situation virtually paralysed both economic and social activities in the entire state.

Major roads such as Mbaise, Okigwe, Wethedral, Duglas, Port Harcourt, Onitsha and Aba along with streets in Owerri were empty as motorists and commercial vehicles were nowhere to be found to convey the few stranded passengers on the roads to their destinations.

The situation at hotels, eateries, motor parks, commercial institutions, business centres in Owerri was the same as their premises were locked.

One of the executives of IPOB, Chika Edoziem, last Friday said the separatist group would lock down the entire South-East region on October 1.

“IPOB leadership will communicate to banks directly and give them the reason why they must peacefully bring down the flag. Otherwise, we do it ourselves in our own way.”

The leader of IPOB, Nnamdi Kanu, has been detained by the Department of State Services (DSS) since the third week of June following his arrest in Kenya and repatriation to Nigeria.

Read Also : Unknown Gunmen: What’s Happening Now Is Nothing Compared To What Happened To IPOB Before – Ohagi