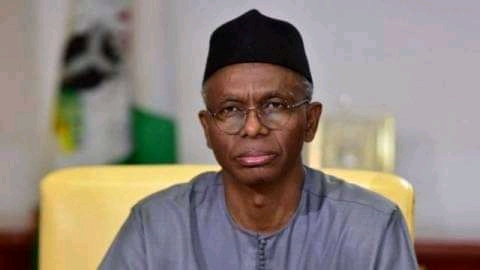 The Kaduna State Governor, Nasir el-Rufai, has said it is a foolish idea for anyone to demand that the North must relinquish power to the South in 2023.

Hotmedia.ng learnt that el-Rufai made this statement while speaking with journalists in Kaduna on Monday.

Kaduna State Governor Nasiru Ahmed El-Rufai
He was reacting to the demand of southern governors who had said power must go to the south in 2023.

The governor said zoning presidency is possible but there has to be an agreement between the North and the South, adding that no one has the right to sit in any part of the country to make such a request.

“We are not saying there cannot be a rotational presidency,” he said.

“It can be done but you have to come and sit with the politicians in the north and dialogue and then we agree to give our support to the south but no one has the right to sit in Lagos or Port Harcourt and say whether northerners want it or not, they must relinquish power to the south, that is wrong. It is not how we do politics and in fact, it is foolish.”

In August 2020, el-Rufai said the next president of Nigeria should come from the south.

“Let the southerners also have eight years,” he had said.

In 2020, El Rufai had said it would be in the interest of fairness and unity for the north to relinquish power to the south after eight years under President Muhammadu Buhari.

Buhari’s second tenure will end in 2023.

After El-Rufai, similar statements have been made by other northern governors such as Babagana Umara Zulum of Borno State, Abdullahi Ganduje of Kano State and Aminu Bello Masari of Katsina State.

However, some of the governors were part of the meeting of the Northern States Governor’s Forum in Kaduna which held on Monday.

Governor El Rufai stated If south wants power, it should be prepared give handshake across the Niger. Sit with the north, dialogue and negotiate then agree on who should be voted but not use compulsion to demand power shift.

A reports that the Southern Governors Forum had in July demanded that power must shift to the south.

Northern governors and traditional rulers during their meeting in Kaduna recently.

Governors and monarchs from the 19 northern states Monday kicked against the insistence by governors from the southern part of the country for power shift to the region, describing the demand as unconstitutional.

Hotmedia.ng reports that the Southern Governors Forum had in July demanded that power must shift to the south in the interest of equity and fairness.

Again, last week, the Chairman of the forum, Governor Rotimi Akeredolu of Ondo State, insisted that the southern governors would not support any political party that fielded a northerner as a presidential candidate in the 2023 general elections.