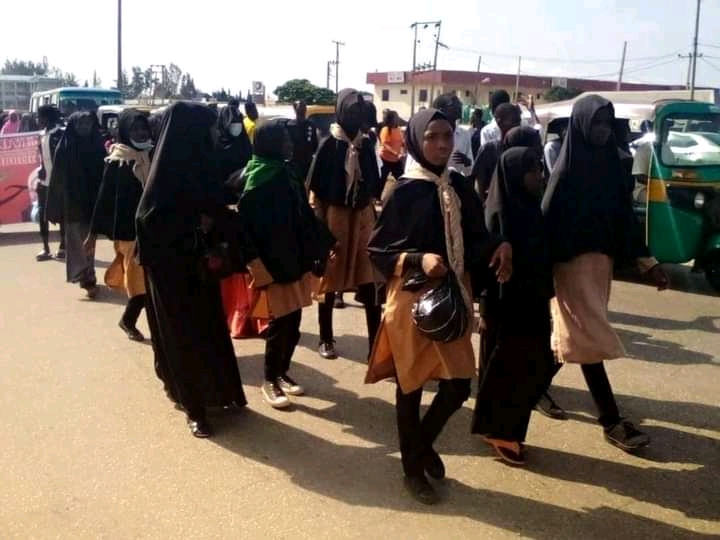 Gunshots from security agents rented the air in Gwarinpa Estate along the Kubwa Expressway in Abuja on Tuesday, as members of the Islamic Movement in Nigeria (IMN) otherwise known as Shi’ites and security agents clashed.

Six persons were reportedly killed in the incident while many sustained injuries.

Joint security operatives were said to have opened fire on members of the sect when they were about to round off their Arbaeen Symbolic Trek.

The incident, which occurred at the Gwarinpa gate near Galadimawa when the gun-wielding security agents arrived at the scene, threw the trek into confusion as people scampered for safety.

Two people were also said to be shot at a new generation bank inside the estate.

The Secretary of Academic Forum of IMN, Abdullahi Musa, also confirmed the incident when contacted by SaharaReporters.

“They are just shooting people. As I am talking to you now, six people have been killed. They even carried some dead bodies away,” he said.

Members of the sect had on Tuesday morning come out in continuation of their procession to mark the fortieth day of the murder of Imam Hussein, the grandson of Prophet Muhammad who was killed on 10th Muharram.

The protesters in their numbers hoisted two flags, one red and the other black, with the chanting songs.