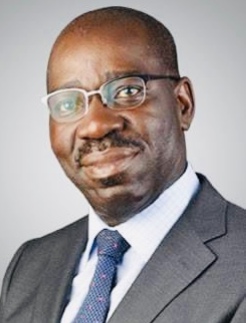 According to a source, The governor of Edo State, Godwin Obaseki Has reportedly released the list for his much-anticipated cabinet

Barring any last-minute changes the list of would-be commissioners in cabinet of Godwin Obaseki will be forwarded to the Edo State of Assembly, once the House resumes plenary.

The lawmakers were billed to return to their legislative chambers on Monday 20th of September, but due to the political stalemate that made the Governor to travel to America the house have extended their resumption date by one week. From a leaked government memo the names of the nominees will be forwarded to the Assembly on Monday 20th September, 2021.

The recent news report that the Deputy Governor Philip Shaibu was planning to leave PDP was a fall-out of his grievances with his boss, owing to the undisclosed issues that had delayed the formal announcement of the Governor’s cabinet members.

Till date, this has placed the Governor under serious political dilemma, which has pitched him against some members of his inner cabinet. For instance the nominee from Esan North East Dr. Olu Ayewoh, a former university mate of the Governor had the overall best score in the screening exercise that took place in the Governor’s office.

But a member of the Governor’s inner cabinet is mounting serious pressure on him to substitute Dr. Ayewoh with a former female Commissioner, who had a lower score. It was this particular controversy amidst the planned defection of Shaibu that prompted the Governor’s sudden trip to America.

The Governor also discovered that Shaibu his deputy is always excited when he is made to act as Governor. So the American trip of the Governor is of strategic political importance to him and his inner cabinet members.