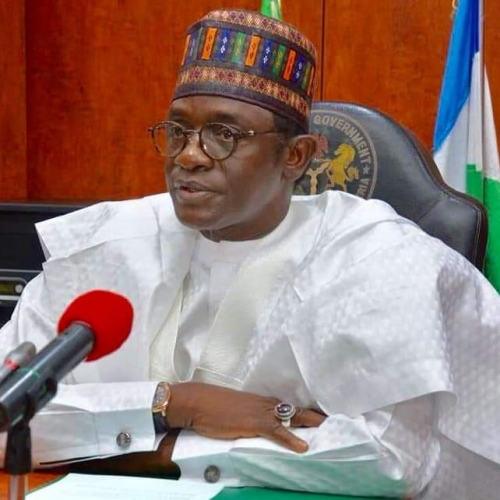 The Governor of Yobe State, Mai Mala-Buni, has commiserated with the families of those who lost their lives on Wednesday when a military fighter jet involved in the counter-insurgency operation in the North-East bombed a village in the Yunusari Local Government Area of state.

This is coming hours after the Nigerian Air Force swiftly issued a statement claiming the bombing did not occur.

NAF spokesman, Air Commodore Edward Gabkwet had claimed that the agency last conducted a mission in Yobe State earlier in the month.

“NAF last conducted a mission into Yobe State (Not Yunusari LGA) on 5 September 2021 and it was an armed recce,” he had said.

“No bomb or missile was even expended”.

But the state governor contradicted the military in a condolence message issued on Thursday by the State Director-General of Press and Media Affairs, Alhaji Mamman Mohammed.

Buni also directed government hospitals in Geidam and Damaturu to offer free medical services to those who sustained injuries during the air strike.

He directed his Special Adviser on Security Affairs, Gen. Dahiru Abdulsalan (rtd.) to liaise with the Nigeria Air force and the Multi-National Joint Task Force to identify the root cause of the strike.

He said, “Government will work closely with the security forces, especially the Nigeria Air Force, to establish what actually happened. This is very important and necessary for us to guard against future occurrences and to safeguard the lives of our people.”

Buni reiterated the commitment of the state government to cooperate with all security agencies to ensure the safety of the people.

The community is located 20 kilometres away from Kannamma, the headquarters of Yunusari Local Government Area of the North East state.

Villagers in the past have reported some civilian casualties in near-daily bombardments in North Eastern Nigeria.

Recently, a military jet that came to repel an attack by Boko Haram dropped a bomb that landed in a compound where civilians were holding a naming ceremony.

A fighter jet also on a mission against Boko Haram extremists in April, 2021 mistakenly bombed men of the Nigerian Army, killing over 20 officers.

The soldiers who were reinforced from Ngandu village were said to be on their way to Mainok, headquarters of the Kaga Local Government Area of Borno state which was under attack by militants from the Islamic State-backed faction of Boko Haram, the Islamic State West Africa Province (ISWAP), formerly known as Jamā’at Ahl as-Sunnah lid-Da’wah wa’l-Jihād.

Some of the Chibok schoolgirls kidnapped by Boko Haram in 2014 and freed last year also said three of their classmates were killed by Air Force bombardments.

In June 2021, an offensive aerial bombardment the NAF Alpha jet carried out around Genu town in Niger State resulted in the killings of some wedding guests.