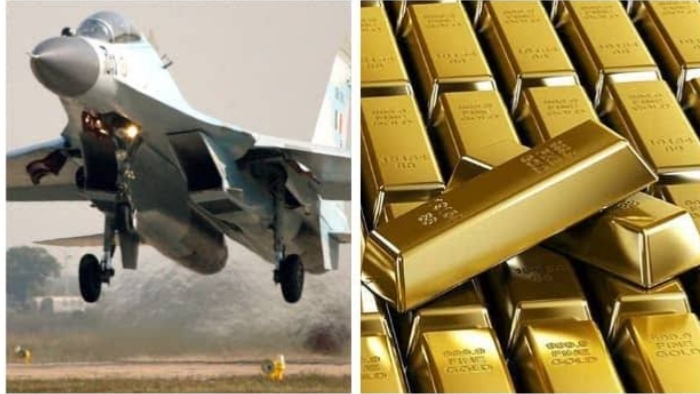 The Minister of State for Mines and Steel Development, Dr Uche Ogah, has said private jets are being used for gold smuggling in Nigeria.

Ogah stated this at an investigative hearing on $9 billion annual loss to illegal mining and smuggling of gold, organised by the Senate Committee on Solid Minerals, Mines, Steel Development and Metallurgy.

“Gold smuggling in Nigeria is often done using private jets, the very reason why private jets ownership and operations need to be streamlined in the country,” he said.

He said gold smuggling and illegal mining are robbing the country of billions of dollars on a yearly basis.

According to him, the menace thrives due to the connivance of security agencies with the offenders, host communities’ collaboration, low level of application of technology and negative mindsets of Nigerians to Nigeria.

“For these crimes to be fought decisively, potent punitive measures like capital punishment need to be legally provided for,” he said.

He added that the menace could be tackled proactively through the establishment of mines police, special court or tribunals to try offenders, adequate funding for the ministry and positive mindsets of Nigerians to Nigeria.

See also 17-Man Committee For Negotiation of Implementation of New Minimum Wage inaugurated
The chairman of the committee, Senator Tanko Al-Makura (APC, Nasarawa), said heads of relevant government agencies would be summoned for a thorough investigation into illegal mining and gold smuggling.