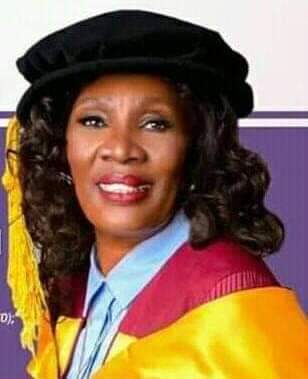 History was once again made in the FUTO on 13th April 2021 as the Governing Council of the revered University led by Prof. John Offem graciously announced Prof. Mrs. Nnenna Nnannaya Oti as the incoming Vice-Chancellor (VC) of the institution.

It is historic, in the sense that, the professor in question will be the first ever female VC in the history of FUTO since inception.

Prof. Mrs. Oti, who is expected to succeed the outgoing VC, Prof. F. C. Eze in June 2021 after his five-year meritorious service, would be recognized as the 8th Substantive VC of the University.

It’s noteworthy that she is currently the Deputy Vice-Chancellor (DVC) on Academics of FUTO, and the first woman to assume such position since the establishment of the University.

Read Also : Linda Ikeji: The Story Of The Glory, Story of How She Became Rich & Famous, Told By Linda Ikeji Herself

Prior to her present position, Prof. Mrs. Oti served as the Dean of Post-Graduate School of FUTO, a position in which she obviously distinguished herself as a professor of note.

She graduated with First Class Honours in Soil Science in 1982 from the prestigious University of Nigeria, Nsukka (UNN). She further obtained her M.Sc. in Soil Microbiology/Biochemistry in 1986, still from UNN.

She later bagged PGD in Irrigation Engineering (Distinction) 1987 from the notable Katholieke University, Leuven (KUL) Belgium; later proceeded for her Ph.D in Soil/Environmental Conservation in FUTO, in 2002.

Prof. Oti obtained the NUC–Best Ph.D Award [NUDTAS] in 2002. She served as a Member of the 2014 National Confab. She has these honours to her credit: FSSSN; MASN; MSSSA; MCSSA; MASA; JP.

Prof. Nnenna Oti, who proudly hails from Afikpo, Ebonyi State, is a highly seasoned, versatile and accomplished scholar. She is a Professor of Soil Science and Environmental Conservation.

It would interest us to note that holistic rigourous and peaceful processes led to the emergence of the Amazon as the next Substantive VC of FUTO. Also, she emerged winner among seven distinguished contenders who are all professors of repute.

Come June 2021, Prof. Oti would be succeeding the 7th Substantive VC, Prof. Eze whose leadership prowess, both in academics and human development, has thus far been commended by all and sundry.