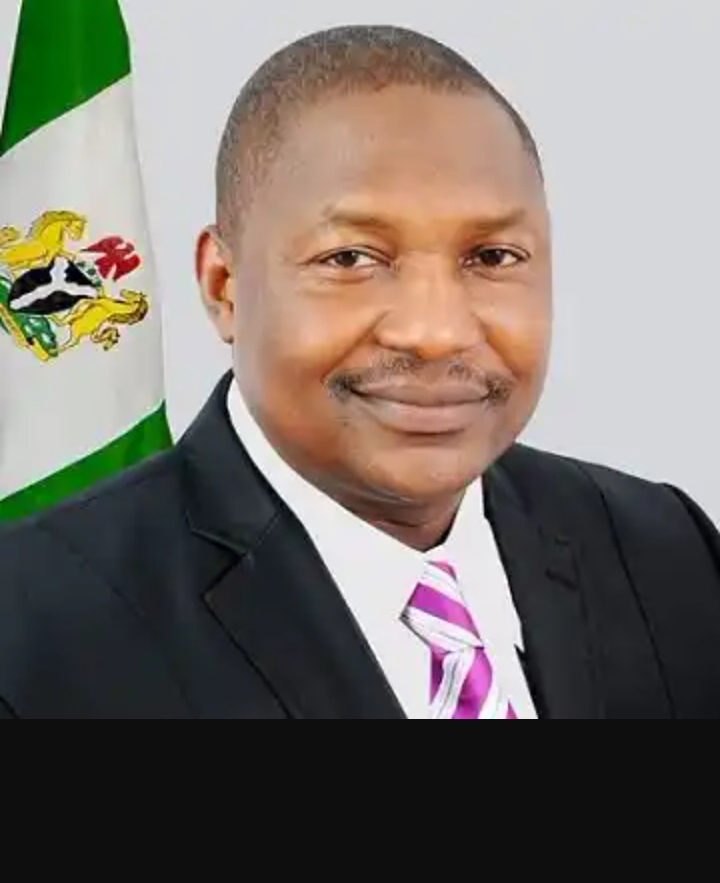 Attorney-General of the Federation (AGF) and Minister of Justice, Abubakar Malami (SAN), slumped before being revived during an official assignment in Sokoto, northern Nigeria.

A report monitored  by NewsOne Nigeria says the Minister of Justice was immediately surrounded by anxious aides and dignitaries who raised him up from the ground after successfully reviving him.

Malami, who recently returned from an official visit to Turkey was in Sokoto for the inauguration of the reconstructed State High Court complex.

The Minister of Justice, whom witnesses said looked exhausted after his speech, collapsed and was revived, the report said.

A closed source to the AGF who confirmed the incident said he was currently at a hospital in Abuja after he was transported sick from Sokoto.

Read Also : Ganduje Says Northerners Own Nigeria, The Igbo, Yoruba, Others Are Minority. His Reasons We Shock You.

Malami, along with the Chief Justice of Nigeria, Justice Ibrahim Tanko, was in Sokoto on Monday to commission the reconstructed State High Court complex.