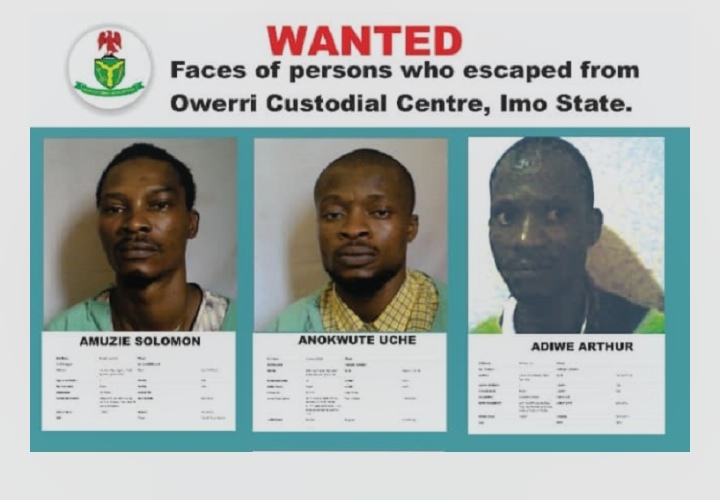 The Nigerian Correctional Services (NCoS) has published the names and photos of inmates who escaped during a jailbreak at the Owerri correctional facility on Monday.

Recall that the service, through its spokesperson, Francis Enobore, had on Wednesday ordered the fleeing inmates to return to the facility and be pardoned for escaping.

Enobore had said the names and photos of inmates who failed to return voluntarily would be published.

“As at 1550hrs today, 7th April 2021, the Centre has recovered a total of 48 inmates who escaped in the wake of the invasion thus increasing the number of inmates presently in custody to 84, including those that resisted the temptation to escape during the attack. Among the escapees, 11 were recaptured by men of the 211 Nigerian Airforce Base, Owerri while others either came back on their own volition or were returned by their relations, traditional rulers and religious leaders,” he said.

In tweet a on Friday, the NCoS released the names and photos of the fleeing inmates, saying: “…more photographs of the escapees on [are] the way and efforts are on to get clear pictures for the black spaces,” the NCS said in a tweet.”