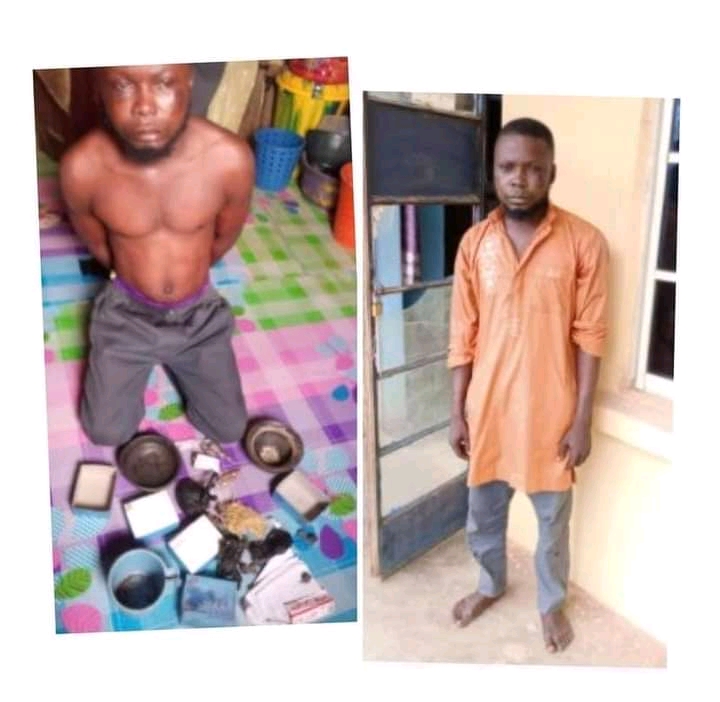 The police in Ogun State have arrested a 36-year-old Islamic cleric, Amodu Jamiu, who allegedly abducted and attempted to use a 15-year-old girl for ritual.

Read Also : Terrible: Photos Of A Woman Selling Human Meat In Her Restaurant Was Caught By Police In Anambra

The command’s spokesperson, DSP Abimbola Oyeyemi, in a statement on Friday, April 9, said the self-acclaimed cleric was arrested following a report lodged at Sango divisional headquarters by the victim.

It was gathered that the suspect accosted the victim while she was coming from her work place at about 5:30 pm, and lured her into an uncompleted building after touching her with an object.

Read Also : A Pretty Lady Has Narrated Her Terrifying Experience With Husband Who Behaves As Real Life Snake.

She stated further that on getting to the building, the suspect stripped her naked and used a White handkerchief to rub her private part, as well as all over her body. It was a good Samaritan, who, unknown to the suspect, was watching the whole incident that came to her rescue as she has become unconscious.

According to the spokesperson, “On interrogation, the suspect confessed that he has the intention of afflicting the victim with a sickness, which will enable him to extort her parents of huge amount of money having successfully done it to two different persons in the past.

Search warrant was executed in his house, and a lot of dangerous criminal charms was recovered from there.”