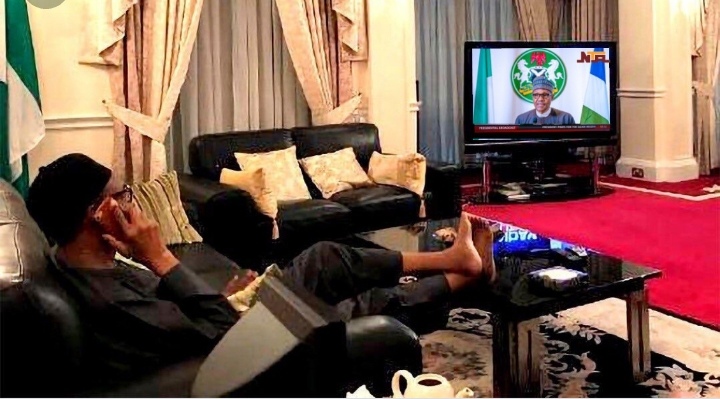 The President disclosed this in a letter he
wrote to the King of the Hashemite Kingdom of Jordan, King Abdullah ll Bin Al-Hussein, following the resolution of a recent rift in the royal family.

According to a statement by presidential media aide, Garba Shehu, the president said,
“While here in London taking a short rest, I was deeply worried to read from international media of attempts to destabilise the Hashemite Kingdom of Jordan.

Read Also : Just In: APC Reveals How They Will Win 2023 Election.

Your exemplary leadership since ascending the throne has attracted worldwide admiration. Relations between Nigeria and Jordan have been excellent and I thank you for the part you have played in this relationship.

Your Majesty, I am much heartened that matters have now been resolved and I pray that the Hashemite Kingdom continues to not
only remain peaceful, but also a major beacon of hope for the region under Your Majesty’s wise guidance.