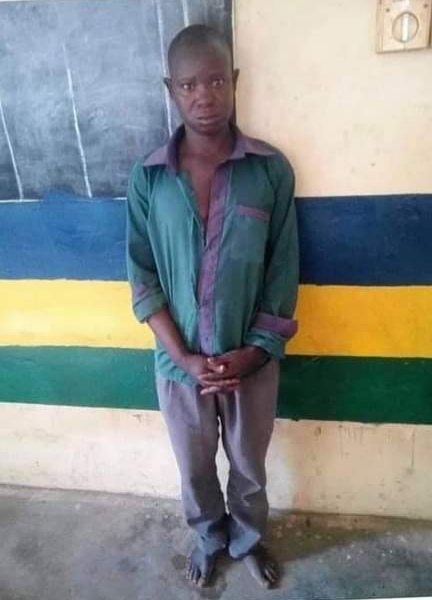 Police operatives in Adamawa State have arrested a 30-year-old man, Johnson Samuel, for allegedly stabbing a 57-year-old man to death over suspicion that the victim was having an affair with his wife.

According to the command’s spokesperson, Suleiman Nguroje, the suspect, a resident of Bandasarga village, Ganye LGA, returned home on Sunday, April 4, around 11pm and met the victim, Yaji Lawal, in his house. He suspected that the man was having an affair with his wife. In anger, he picked up a knife and stabbed the deceased.

Read Also : Yahoo Boy Allegedly Ran Mad After Having His Bath With A Spiritual Soap

The victim, a resident of Bakari guso village, was rushed to the hospital, where he was confirmed dead by a doctor.