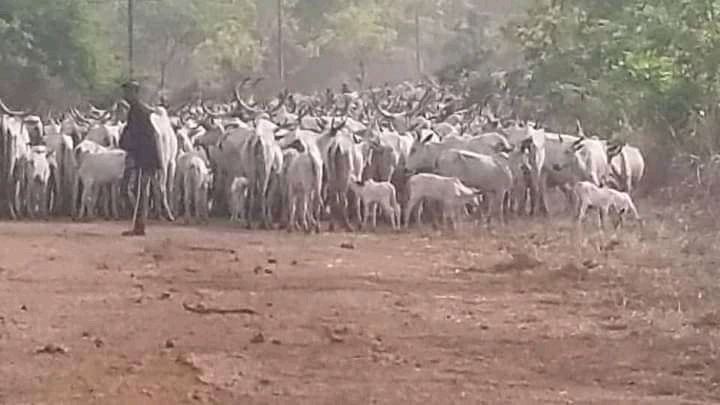 As part of his efforts to secure lives and properties of Ikwo people and enforce the ban on open grazing on any part of Ikwo LGA, the executive chairman of Ikwo LGA, Elder Hon. Stephen Orogwu, last night mobilized soldiers and policemen to escort Fulani herdsmen and cows numbering over 10,000 out of Ikwo.

This morning, upon getting information that the herdsmen remained at the border between Ikwo LGA and Abakaliki LGA at Ndiova Alike Ikwo, Elder Orogwu got to the place and further instructed the DPO of Noyo Police Division and his team of mobile police officers to ensure the herdsmen leave immediately.

He further called the chairman of Abakaliki LGA, Hon. Emmanuel Nwangele, to inform him of the presence of the herdsmen in his territory and to mobilize the necessary forces to escort the herdsmen out of Ebonyi.

Recall that tension had been built up at Ohatakwe Amegu Ikwo last night when uncountable cows and their herdsmen overran the villages. The representatives of the villagers immediately reached out to the very accessible chairman of Ikwo LGA, Elder Hon. Stephen Orogwu, who swung to action immediately.

The chairman through his actions makes it clear that he will never sleep if anything will make Ikwo people lose sleep.