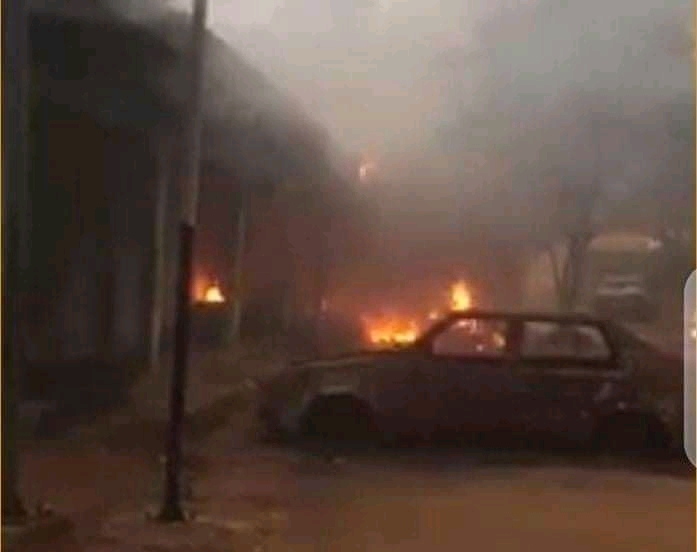 Tuesday’s attack came few hours after the vice president, Yemi Osinbajo, the just sacked Inspector-General of Police, Muhammed Adamu, and other Government functionaries visited the state to inspect the level of damage on the attacked security facilities.

On arrival, the gunmen freed all the suspects in detention before setting the Police Divisional headquarters ablaze.

Our reporter gathered that the gunmen operated without any resistance from policemen.

A source  told our correspondent that, “Gunmen this evening razed Ehime Mbano LGA police divisional headquarters. On arrival, the gunmen freed the suspects before wrecking the havoc.”

A police spokesperson in the state, Orlando Ikeokwu, said that he could not confirm the development when he was contacted by our correspondent on Tuesday evening.

But a senior police officer who does not want his name in print said that the Command’s hierarchy was saddened by the latest development.