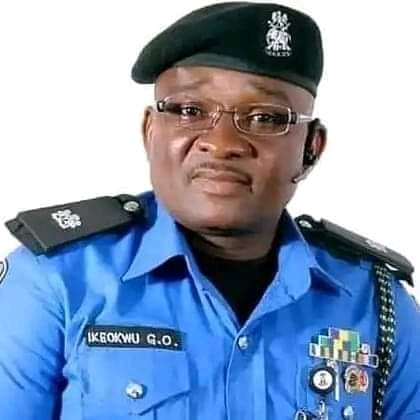 There was panic in Imo State on Saturday over the weekend, after a man, Chidubem Mbamara, shot dead two persons at a sports betting centre at Aba Branch in the Ehime Mbano Local Government Area of the state.

The mob beat the suspect to death following the killing of the two persons.

Our correspondent gathered  that Mbamara had a dispute with the sports betting centre over N50.

The police spokesperson in the state, Orlando Ikeokwu, who confirmed the incident, stated that the command had begun investigation.

Read Also : Breaking News: Anxiety As Soldiers And Eastern Security Network In A Gun Battle, Soldiers Killed.
Ikeokwu said, “At the Aba Branch Satellite Market, Ehime Mbano LGA, one Chidubem Mbamara walked into a BetNaija shop, placed his bet worth N600, but unfortunately hadn’t enough money to pay; he paid N150 and deposited his phone, went home to get more money and on his return, he paid N400, making a total of N550, and promised to pay the balance of N50 on a later date.

Read Also : Buhari Remove Mohammed Adamu As IGP, Immediately He Orders Police To Crush IPOB, ESN Members,
“This led to a serious altercation between him and one Henry Obi, the manager of the bet shop
“Sequel to the altercation, the said Chidubem Mbamara left, only to return some minutes later with a locally-made pistol; he then shot at the said Henry Obi; as a result, three persons were hit by bullets.They are Henry Obi, Chibuike Iwunze and Ebuka (surname unknown).

“This act drew the attention of people around and the mob pounced on Chidubem Mbamara and beat him to death.

Read Also : A Beautiful Lady With Disability Shares Her Sad Experience, Thank God For Blessing Her With A Man..
“However, Henry Obi and Ebuka gave up the ghost while receiving treatment, while Chibuike Iwunze is presently responding to treatment.

“The command, therefore, warns members of the public to desist from taking the law into their own hands or engaging in jungle justice, but to always endeavour to report matters to the appropriate authorities for necessary action.

Read Also : Imo State: Prisons Facility, Police Command Attack, Emerging Details Unfolding
“Meanwhile, the corpses of the deceased persons have been deposited in the morgue, while investigation has commenced.” said by the police spokesman of the state, Orlando Ikeokwu.