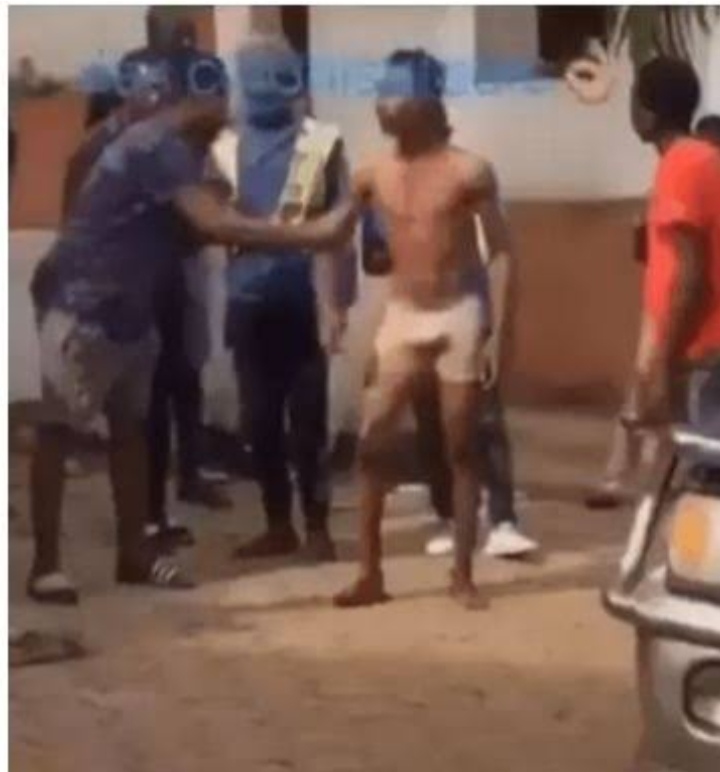 After Having His Bath With A Spiritual Soap, ‘Yahoo Boy Allegedly Ran Mad, Hits The Street.

An alleged Yahoo boy simply identified as Abiola has reportedly lost his mind (ran mad) immediately after he allegedly had his bath with a spiritual soap in Owo Community area of Ondo State.

According to the video which was shared by legitpost on Instagram, the guy could be seen walking aimlessly on the street while putting on only white underpants.

The voice of a lady who claims to be his aunty could be heard shouting Abiola’s name repeatedly, reminding him of his earlier attempts which resulted into something similar.

“Abiola, See how you eventually ended your life, remember how we help you the last time when you did something similar, Alas you’ve finally ruined your life ” the alleged aunty maintained.

Indeed it’s only God’s blessing that makes rich and adds no sorrow.