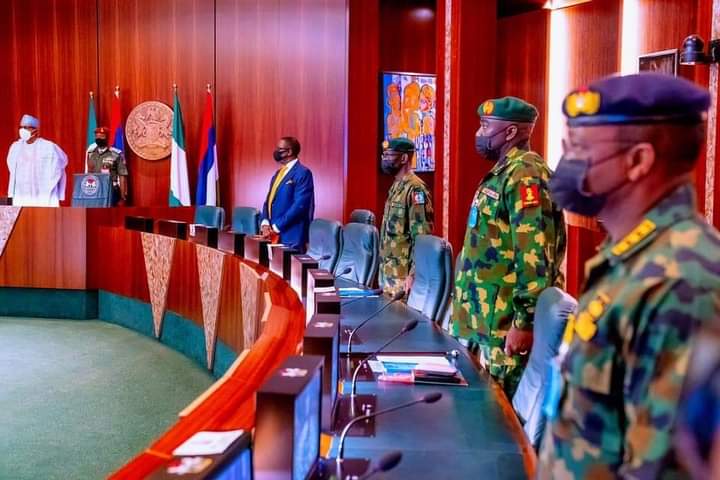 President Muhammadu Buhari on Tuesday ordered the service chiefs to identify the leaders of the bandits and kidnappers and take them out to restore confidence in the areas affected.

According to him, the President has made it clear that the criminals would no longer dictate the tone. Also, the Service Chiefs at the security meeting disclosed that they have identified weak areas that would be strengthened to appropriately fish out collaborators with non-state actors.

Monguno said further that the President is aware of plans by individuals who constitute themselves as authorities to undermine the efforts of the central government and is sending out a warning that the government would clamp down on them.