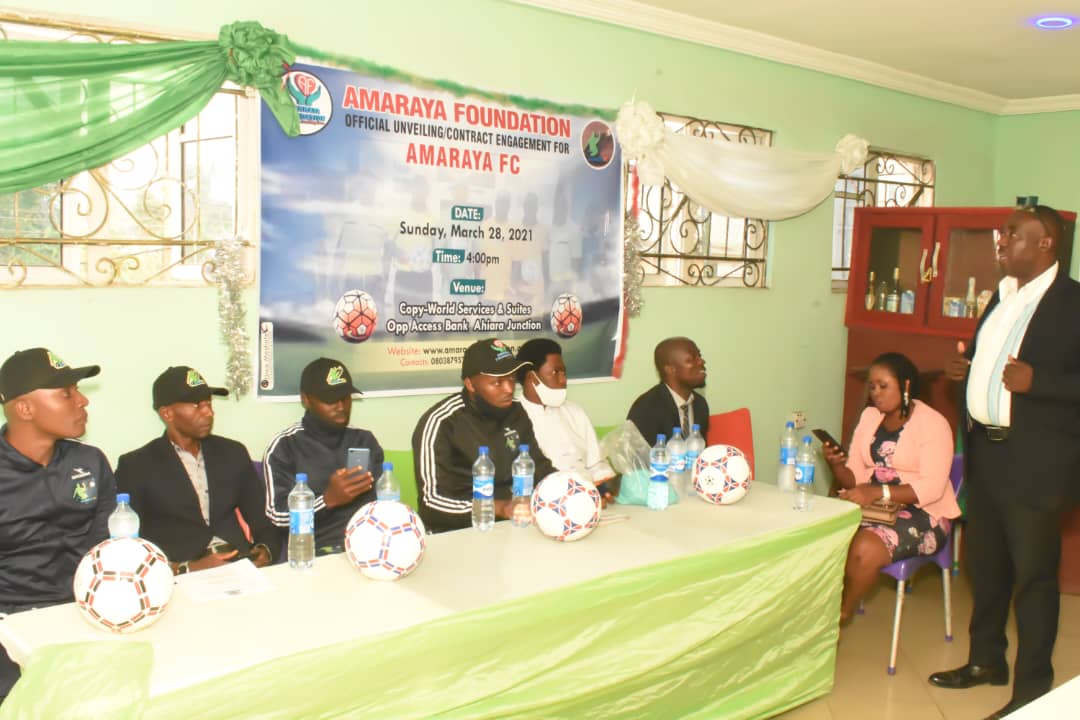 The club’s General Manager, Comrade Amarachi Ogu who was represented by the Director General of AMARAYA FOUNDATION, Mr Kelechi Oguamanam performed the unveiling and pledged the club management’s resolve to give its premier coach all the needed support.

The General Manager said he was optimistic that the coming of Nwankwo would impact positively on the fortunes of the club. He also appointed Mr Chukwuemeka Onyema as the assistant coach of the club

Speaking at the brief unveiling ceremony, Mr. Nwankwo said he would work assiduously to win laurels for the new club. He added that he would do his best to build the club and win promotions for the side into the Nigeria Professional Football League (NPFL).

Read Also : 2023: Tinubu’s Age Not A Disadvantage But A Plus Says Senator – AKANBI
Ekene Nwankwo who is from Ngor Okpala in Imo state has excelled both as a player and as a Coach. He captained Mayor Tigers FC between 2000 to 2005. He also captained Eziama Pillars FC between 2005 to 2009 during which he won many trophies.

He had also coached and won four trophies with Ezeala FC of Lude Ahiara and also won silver with Achi FC of Okpala. Mr Nwankwo a member of open soccer trials Football Personnel as well as a member of GET SCOUTED GROUP.

Recall that that AMARAYA FC is the sporting arm of AMARAYA FOUNDATION, a humanitarian unit that gives meaning and definition to human life through empowerment.

Those to be scouted into Amaraya FC are expected to be between 15 to 18 years and their training starts immediately after selection.