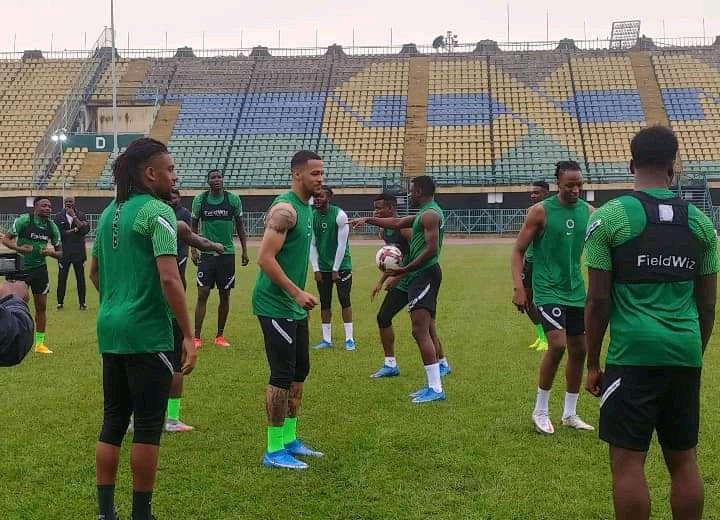 Alex iwobi tested positive for covid-19 The Everton star has not made Gernot Rohr’s Super Eagles squad for Saturday’s Afcon qualifier
Everton star Alex Iwobi misses Nigeria’s Africa Cup of Nations qualifier against Benin after testing positive for coronavirus, according to reports in the local media.

Unverified sources indicate that the attacker was tested positive for Covid-19 upon arrival in Benin ahead of Saturday’s showdown between the Super Eagles and the Squirrels.

The news comes as a major blow for Gernot Rohr as he looks to get the Eagles over the line and secure their ticket to Cameroon.

The attacking midfielder has been a key figure under the German coach, and would almost certainly have started for the West Africans had he been available.

It remains to be seen how Iwobi was able to leave England for Nigeria without testing for coronavirus, with one explanation perhaps being that he contracted the illness since arriving in West Africa.

Reports in the local media also indicate that two Benin players have also tested positive for Covid-19.
His absence was raised further questions about Nigeria’s attacking configuration, with Moses Simon and Samuel Kalu already absent from the squad.

With that pair missing, Iwobi had been firmly in contention to start on the left, although without him, the door has been opened for Henry Onyekuru, in form at Galatasaray, who now has a rare opportunity to impress Rohr.

The versatile star—also formerly on the books of Everton—has struggled to convince the German coach of his merits, despite star turns in the Belgian Jupiler League and the Turkish Super Lig.

He initially wasn’t in the Nigeria squad, but after being called up due to a withdrawal, now has the chance to stake his claim for a starting berth under Rohr.

Despite anticipation that Rohr might opt for a 3-5-2 formation, he ultimately plumped for a 4-4-2, with a back four of Sanusi, William Troost-Ekong, Leon Balogun, and Ola Aina.