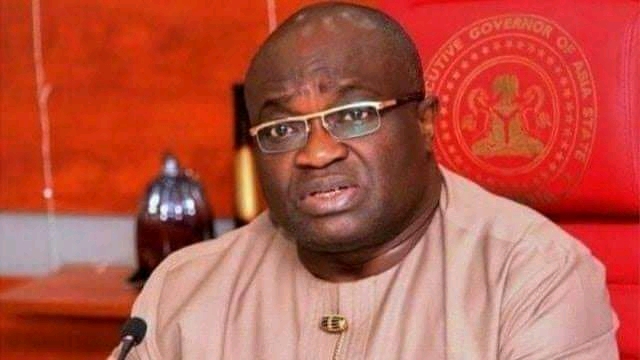 Reports from Abuja has it that Dr Victor Okezie Ikpeazu, the Governor of Abia State has started high level consultations on moving over to the rulling Progressives Congress (APC).

The information got to Hotmedia.ng through a source at APC National Secretariat, Abuja. The source revealed that several strategic meetings have been going on between the Abia State Governor and top national party leaders of  APC from Abia state.

The objective of the meetings with the ruling Party, is to find a soft landing for Dr Okezie Ikpeazu and securing him APC ticket for Abia South Senatorial zone in 2023 general election.

The source hinted, there is ongoing negotiation on the conditions and terms, so that, if governor Ikpeazu defect to the APC, there will be assurance of him securing APC ticket for Abia South Senatorial zone, Presently occupy by Senator Enyinnaya Abaribe.

With the above scenario likely going to decide 2023 political permutations. Governor Ikpeazu and his allies have taken the Abia North / South Federal Constituency by-election holding on Saturday extremely serious to avoid decamping to the APC unceremoniosly.

Winning the election, Ikpeazu has told the source , would improve his relevance while decamping.

Meanwhile if Governor Ikpeazu defects, it is expected that top ranking politicians from the state, will defect with him, thus effectively making South State a predominantly APC State.