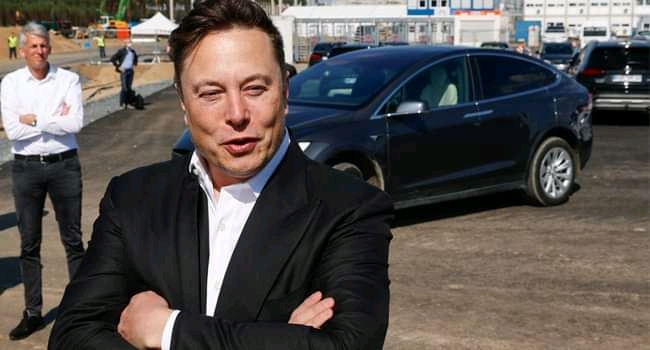 Elon Musk, the owner of the electric car maker, Tesla, on Thursday announced that a Tesla vehicle can now be bought with the world’s most popular cryptocurrency, Bitcoin.

Mr Musk disclosed this in a series of tweets posted on his official Twitter handle on Wednesday.

“You can now buy a Tesla with Bitcoin,” he tweeted.

“Bitcoin paid to Tesla will be retained as Bitcoin, not converted to fiat currency.
“Pay by Bitcoin capability available outside the US later this year,” he said.

This tweet by the business magnet has sent the price of the world’s most popular cryptocurrency soaring.

The electric-car maker last month said it bought $1.5billion of Bitcoin and would soon accept it as a form of payment for cars.

Read Also : See As Two Nigerian Ladies Goes Naked In The Name Of Fashion. That Got People Talking.

A few months back, Musk also made inquiries about converting “large transactions” of Tesla’s balance sheet into Bitcoin from Michael Saylor, a prominent supporter of the digital currency.