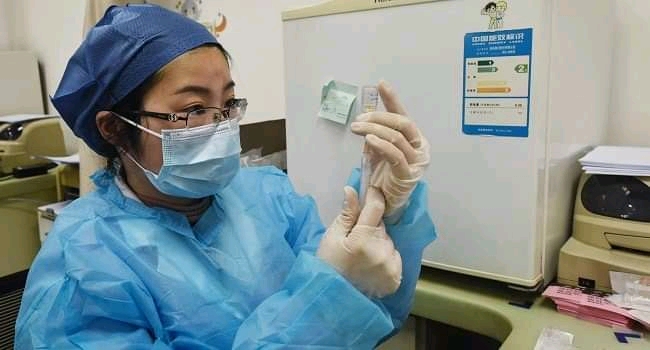 The Federal Government, on Monday, raised the alarm over the reported racketeering of the Oxford-AstraZeneca vaccine in some of the designated vaccination centres.

The Minister of Health, Osagie Ehanire, represented by the ministry’s permanent secretary, Abdullaziz Mashi Abdullahi, spoke in Abuja during the briefing of the Presidential Task Force on COVID-19.

“We’ve received reports of racketeering in some of the designated vaccination centres. This is not necessary.

“Vaccination has been scheduled in phases such that frontline health workers and those at higher risk of the infection are vaccinated first after registration at the portal.

He said the Federal Government had met with the AstraZeneca group at the Ministry of Health and that the meeting provided an opportunity for one-on-one clarification on the vaccine.

He said: “The outcome of the meeting was a reassurance of the safety and efficacy of the vaccine against COVID-19.

“We’ve not yet recorded unusual side effects among those who have received the vaccine including myself. NAFDAC is monitoring the process as part of a global tracking of adverse effects of the vaccine.

The Secretary to the Government of the Federation and Chairman PTF, Boss Mustapha, said two local COVID-19 vaccines produced by Nigerian scientists were awaiting clinical trials and certification.

He urged all relevant agencies to provide the required support and enabling environment for smooth conduct of the remaining protocols for the certification of these vaccines with a view to encouraging and motivating other researchers.

He said on Sunday, the PTF received 300,000 doses of the Oxford-AstraZeneca vaccines from MTN Nigeria.

He, however, noted that Kogi, Kebbi, Zamfara and Oyo States were yet to officially kick off the vaccination.

On the reported side effects of the AstraZeneca vaccine, Shuaib said a study in the United States had shown no cases of blood clot and thus the vaccine was safe and efficacious.

He also said the reported cases of bribe for the vaccine at Falamo, Lagos State, was being investigated.