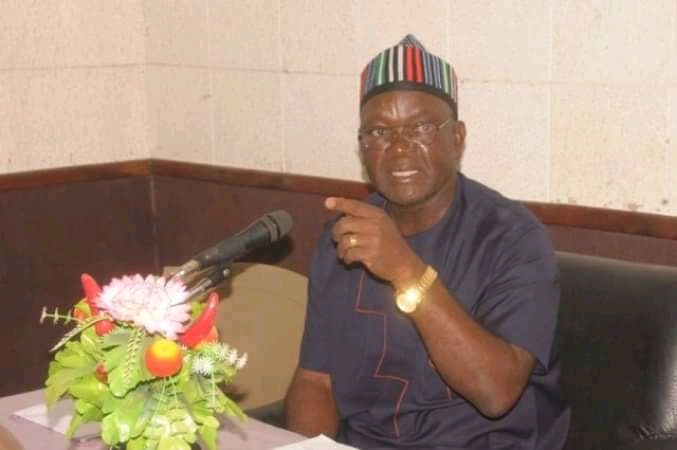 The Benue State Governor, Samuel Ortom has said that if the insecurity challenges in the country persist, there will be no 2023 elections.

Governor Ortom stated this today when he visited President Muhammadu Buhari at the Presidential Villa in Abuja.

The governor who arrived at the Villa unaccompanied met with the President over issues of insecurity in the country.

He thanked the President for condemning the attack on his farm but said: “that there will be no 2023 elections in Nigeria if insecurity persists”.

Read Also :  Wike: If Zoning Presidency To North Will Make PDP Win In 2023, I Support It.

Briefing journalists after meeting with the President, Governor Ortom disclosed that the nation is sitting on a keg of gun powder without meaningful progress.

He criticized the issue of impunity in the country which he said has been allowed to fester, thereby urging the Federal Government to immediately prosecute anyone found culpable of breaching the law.

On the question of reports alleging that attacks on his convoy was a pseudo claim, the Governor explicitly appealed to everyone not to politicize the issue of attempted assassination on his person.

He made the emphasis that the attack on his convoy by about 15 gunmen suspected to be herdsmen, while on a visit to his farm was not stage-managed.