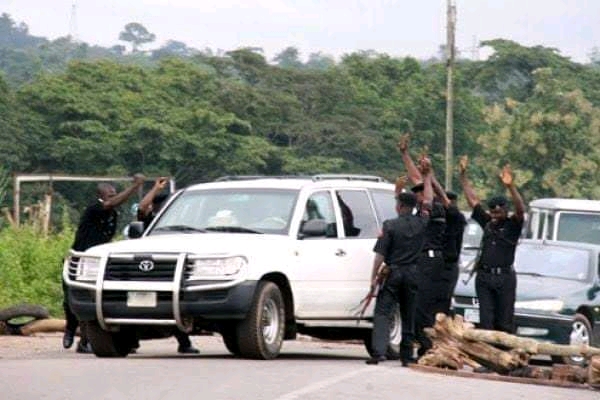 Following the incessant killing of Policemen by unknown Gunmen, Hotmedia.ng has gathered that all the Checkpoints in Aba have been dismantled.

Speaking with Hotmedia.ng, some residents of Aba confirmed to our reporter that policemen no longer come out to mount Checkpoints in the area.

Speaking to our correspondent in the condition of anonymity, a resident of Aba said, “I can confirm to you that no Checkpoints in Aba again”.

“They have all been dismantled over fear of the unknown gunmen. Policemen no longer patrol again”, he said.

You will recall that Hotmedia.ng reports that unknown Gunmen on Saturday night stormed the Isiala Mbano Divisional Headquarters located at Umuelemai in Imo State.

The gunmen, who freed suspects held in the detention facility, invaded the divisional headquarters armoury and carted away arms.

According to eyewitnesses, the gunmen on arrival condoned off the Divisional Headquarters located at Umueze Road and opened fire.

“On arrival, the suspects sacked policemen on duty, freed suspects, invaded the arms storage department of the facility before setting it ablaze.”

While Hotmedia.ng had yet to confirm if any life was lost, there are fear of high casualties from the attack.

According to report, the gunmen did not flee as they stayed by and supervised the burning of the police facility.

The source, who does not want his name in print said, “The gunmen came, cordoned of the divisional headquarters and immediately opened fire on the policemen on duty.

This was after they had freed all the suspects and collected all the arms. Afterwards, they set it ablaze using petrol to ignite fire. This is very unfortunate.”