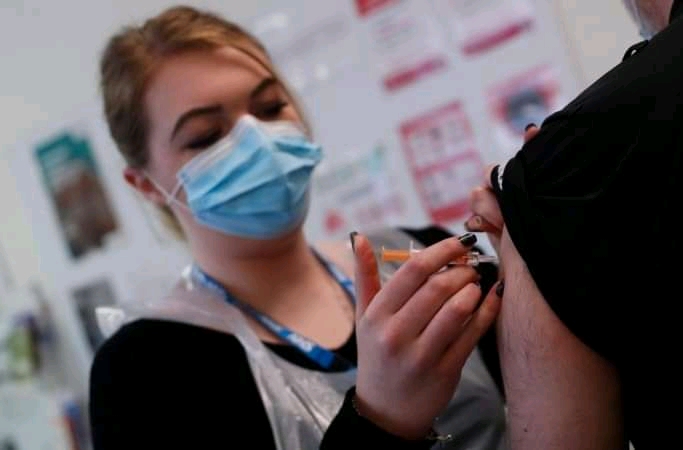 The concerns over safety of the Oxford AstraZeneca vaccines may be solved as European Union regulator official says it’s safe, adding there is “no indicated link to blood clots.

The European Medical Agency (EMA) released the findings of its report examining cases of blood clotting, it determined that the AstraZeneca vaccine is not associated with higher risk of blood clots.

The EMA reaffirmed the vaccine is safe and effective following “a thorough and scientific investigation”.

EMA said in a report that “Countries across Europe including Germany, France and Spain are today resuming administering the AstraZeneca vaccine.

“The World Health Organization also reaffirmed the safety and efficacy of the AstraZeneca vaccine, along with the UK medical regulator, the Medicines and Healthcare products Regulatory Agency.

“The UK also reports it has not observed increased rates of blood clotting, and the UK has administered the highest number of AstraZeneca vaccines globally by a significant margin, to more than one-third of its population”.

He also said “the Executive Director/CEO, NPHCDA, Dr. Faisal Shuaib, EMA’s findings and the restart of AstraZeneca use in Europe is very good news which we hope will entirely reassure all Nigerians who have been concerned in recent days as we followed the developments in European countries.

Read Also : SEX Is sweet But There’s POISON In Between The Legs
He said Faisal reaffirmed that the health and safety of the Nigerian citizens is the priority, adding, “Administering safe and effective vaccines is a vital component in solving the COVID-19 pandemic.”

He added that “Regulators and vaccine safety experts have a duty to investigate if an adverse effect is detected in order to determine whether it is caused by the vaccine.”