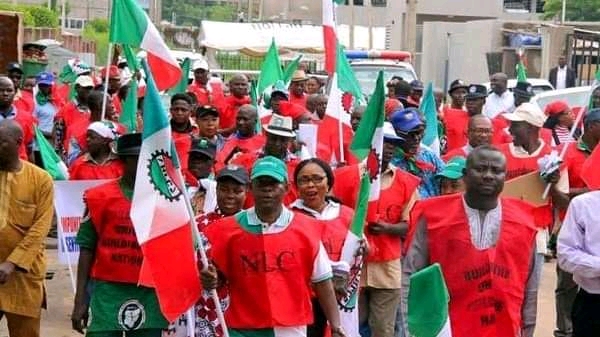 Organised Labour has tackled the• Federal Government over claims of subsidising electricity supply across the country for over N50billion monthly.

The administration of President Goodluck Jonathan privatised the electricity sector in November 2013 and handed it over to 11 distribution companies and six generating companies.

But Labour yesterday wondered why the government would pay subsidy for a sector it claimed to have privatised.

Deputy President, Nigeria Labour Congress (NLC), Joe Ajaero, asked the government to come out and tell Nigerians the level of money they were giving to the operators of the sector.

Ajaero, who doubles as the General Secretary of the National Union of Electricity Employees (NUEE), asked the government to unmask the real owners of the Distribution and Generating Companies the sector was sold to in 2013.

He spoke at a briefing to unveil the burial arrangements for the late Secretary General of the Medical and Health Workers Union (MHWUN), Dr Silas Adamu.

The MHWUN scribe and his wife and daughter died in a road accident along Abuja-Kaduna.

Ajaero said: “I have never believed that there is subsidy. Let us take the electricity for instance. When it was under NEPA, the tariff was down there; nobody gave NEPA one kobo. And NEPA was running the lowest tariff. It was not subsidised.

“Now you sold it to people and they increased tariff five times and you still tell me you are subsidising it. I think there is something wrong there. And throughout the meeting we told them there is no subsidy.”

“How do you subsidise a commodity that is the private sector? Are they subsiding garri, banana and plantain that are in private houses? Having privatise the sector unless the so called operators are blackmailing them (Fed Govt) and collecting money free from them (government).

“If a product is sold for N10 per kilowatt hour you then privatise and started selling it at N30 per kilowatt hour, with additional N20 and then you say you are subsidising it doesn’t add up. I don’t know where that money is coming from. It is not true.

“They (government) should come out and tell Nigerians the level of money they are giving to the operators. Nigerians should be able to unfold the real owners of the Discos.

“The names we are hearing none of them own the Discos whether the MD or Chairman or both and we need to know. We have said this again and again and people are saying subsidy. Then you say you have subsidised with about N1.3 trillion and you sold it at N400 billion and we don’t ask questions?

“Why will subsidy be more than the price?”

The labour leader also said governance structure in the country has collapsed.

“The same way there is no electricity there is no water. You can’t even go through the public water system and open the taps. Growing up, I can still draw an inference from the 70s. That is why I said Nigeria is under developing; the country is going down.

“Things are getting bad and the problem we have is that of governance and if we fix governance things will start working again.”