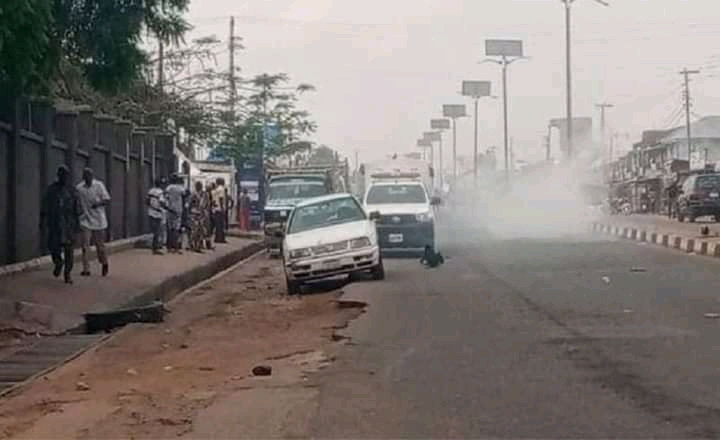 Violence erupted on Wednesday in Ilorin, Kwara State capital after the state government reopened 10 schools shut last month over the use of hijab by Muslim female students. The violence started after Christian officials of Baptist School, Surulere disallowed the girls in Hijab from gaining access into the school.

This did not go down well with Muslim parents, leading to arguments and eventual clash. The situation grew worse as angry Christian and Muslim faithful threw various objects including stones and plastic chairs at themselves. The security operatives close to the school had to call for reinforcement to calm the situation. The operatives dispersed them with tear gas.

The hijab controversy started over three weeks ago when officials of Saint Anthony Secondary School prevented Muslim female students from gaining entrance to the school claiming that it is a missionary school. Several meetings were held between Muslim and Christian leaders to resolve the issue with the government temporarily closing down the ten schools until the reopening on Wednesday morning.

The ownership of the ten schools is still pending in the Supreme Court as both the High Court and Appeal Court affirmed the state government as the owner.