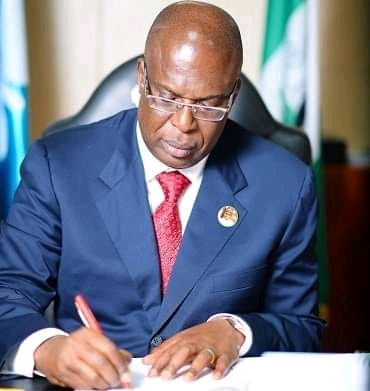 Petrol pricing will be fully deregulated before end of this year, Minister of State (Petroleum) Timipre Sylva said yesterday.

He spoke amid controversy over whether a new price template of N206 per litre from N162 – N163 for March is about to be introduced.

The minister spoke at the University of Ibadan during the opening of the 56th Annual International Conference and Exhibition of the Nigeria Mining and Geoscience Society (NMGS).

Sylva said: “We have been talking about deregulation for decades. Unfortunately, we have not succeeded. We have succeeded in deregulating some products.

“But, before we do that, we want to apply the principle of tolling the roads. Before you toll a road, you are expected to give an alternative.

“So, what we want to do for Nigerians is to give a credible and cheaper fuel as an alternative before we fully deregulate and we believe we will be able to achieve this later this year.

“And this, of course, is going to be a responsible way of also maintaining our environment.”

There were indications yesterday that the Federal Government, the Nigeria Labour Congress and the Trade Union Congress will meet for talks after the Easter break.

Minister of Labour and Employment, Dr. Chris Ngige, said the government had not tabled any pump price before the Labour, contrary to the claim that the government proposed a pump price of about N202 per litre to N206 per litre, which Labour rejected by insisting on N168 per litre.

It was learnt that the last time the two sides met, it was the Group Managing Director of the Nigerian National Petroleum Corporation (NNPC), Mele Kyari, who presented some market indices to Labour.

Kyari was said to have put the landing cost at N202 per litre confirming speculations that the fuel price increase was inevitable.

A labour source said: “We are standing by our position that there is no need for fuel price increase. But the government and Labour will resume talks immediately after the Easter break.

“We want the pump price to be N168 per litre. We were able to prove our point about three weeks ago when we suggested alternatives to the government team, which was led by the Secretary to the Government of the Federation, Mr. Boss Mustapha.

“We presented some cost cutting measures to the government which will make N168 per litre realistic. We have rejected N202 or N206 per litre. We are waiting for the resumption of talks after the Easter break.”

Dr. Chris Ngige said last night: “We agreed to resume talks after the Easter break about one month ago when we met.

“We have not given them any figure of pump price. They are however aware of the landing cost of the Premium Motor Spirit as presented by the NNPC.”