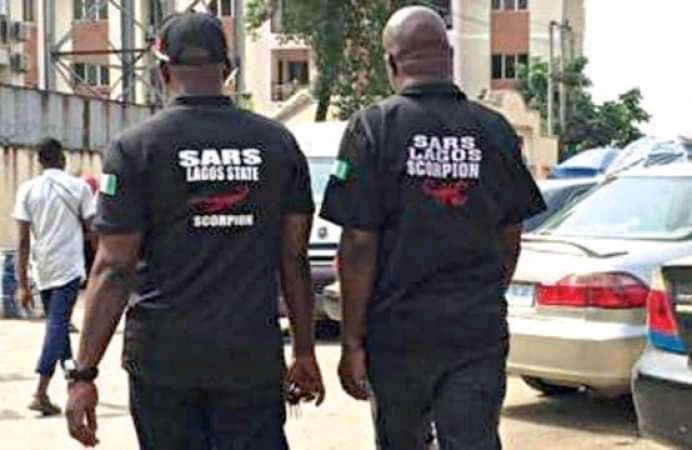 A Lagos resident, Korede Abiodun, has raised alarm over the reappearance of disbanded Federal Special Anti-Robbery Squad (FSARS) operatives on the road.

Abiodun on Wednesday morning alleged that he saw at least four armed policemen wearing the F-SARS uniform and operating along Lagos-Ibadan expressway between Alapere Estate and 7up.

The Federal Government in October outlawed the unit following widespread complaints of human rights abuses, extortion and gross unprofessionalism that sparked mass protests across the country.

Four months after, Abiodun, who took to his Twitter page to warn about the resurgence of the rogue squad, said: “I didn’t believe SARS was really back till I saw them this morning.”

According to him, the operatives were at a spot where there’s speed breaker, adding that he thought they were policemen until he noticed they were SARS.

He said two cars were parked at the spot, a Sports Utility Vehicle (SUV) and an unregistered saloon car which he suspected was the operation vehicle of the team.

Reacting to the alleged return of SARS, Police Commissioner (CP) Hakeem Odumosu said it was possible the resident saw policemen on duty and mistook them for the disbanded SARS.

“There is no SARS anywhere in Lagos. SARS is not in existence anymore. But the claim will be investigated. I have directed the DPO in charge of the area as well as the X-Squad to look into it,” said Odumosu