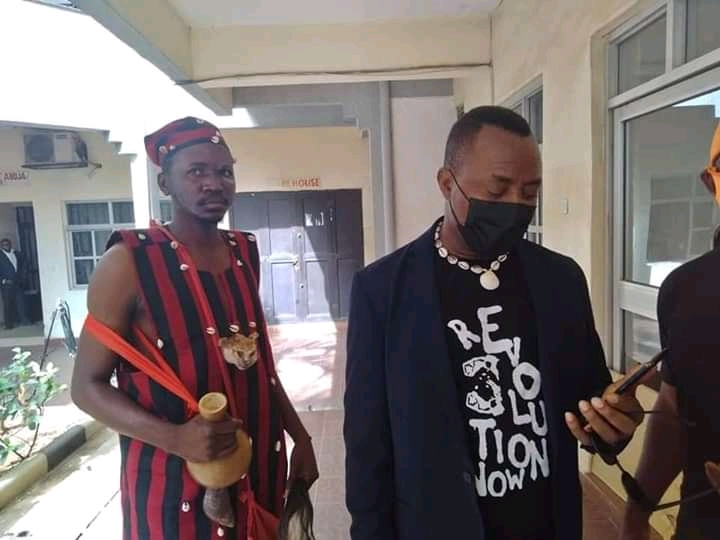 Sowore in Court with a Traditional Priest

In a rather  unprecedented gesture, the controversial journalist appeared in court tuesday for the continuation of his trial along with four others.

Sowore and his co-defendants are being tried for alleged criminal conspiracy, unlawful assembly and inciting public disturbance.

They were arrested at Gudu Area of Abuja on New Year’s eve during a protest against bad governance.