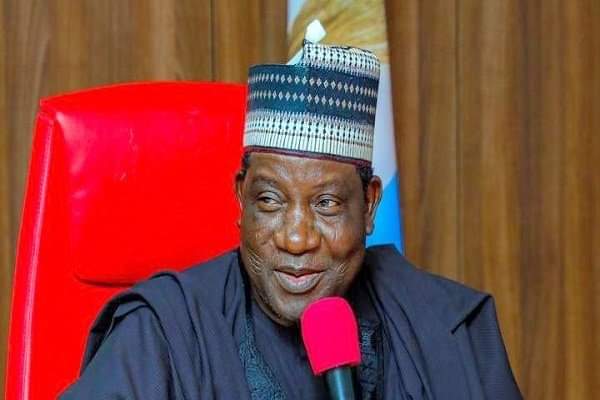 The Peoples Democratic Party (PDP) has told Plateau Governor Simon Lalong to go “back to school and learn how to talk” over comments on farmers/herders clash in the State.

The Governor, according to the opposition party, lied on his comment and needs to return to school on how to talk properly on such sensitive matters.

Lalong, during a TV show on Tuesday, had said security reports at his disposal indicated herdsmen and farmers carry AK 47 riffles to protect and defend themselves.

But the PDP faulted Lalong’s comment, asking him to apologise to farmers and Plateau citizens for “selling them out.”

In defence, the All Progressives Congress (APC) leadership described PDP’s criticism as not only ill-conceived but misplaced and mischievous.

Akans, in a statement, explained: “The reckless response of the APC to the genuine concerns of Plateau people on the recent irresponsible comments of Governor Lalong leaves one with no feeling other than that of utter disappointment and disgust.

“We continue to wonder how a sane person or party would condone such shameful and self- indicting comments of a supposedly elected governor against his people before the entire world, describing it myopically as “a storm in a tea cup” Such an idiomatic sense needs recalibration.

“The APC in its desperate attempt to do damage control has created more harm to Lalong and its party and have further exposed their cluelessness in governance.

“The writer, in his usual garrulous, uncouth manner, and attempt to divert people’s attention from the colossal disgrace and failures of the APC, failed woefully to address frank and glaring issues raised by the Peoples Democratic Party.

They have however succeeded in exposing their immaturity in the whole saga.”

He added: “What the APC through Mallam Bashir Sati would have done was simply to apologse to Plateau people by acknowledging their principal’s lack of decorum and emotional Intelligence and his blind romance with a superior power outside of Plateau.

“The damage control mechanism Bashir Sati adopted further exposes the total disregard for the masses that toiled to bring their party to power.

“On an advisory note, we urge the APC to carry out an opinion poll and weigh the level of regret by those who brought the APC to power.

“It will interest Sati and his cohorts to know that intelligent people within that party have times without number hid their faces in shame, hoping and praying for 2023 to come so Mr. Lalong doesn’t continue with this show of shame and disgraceful spree of the beautiful Plateau spirit.”

The party added: “For the records, the leadership of the Peoples Democratic Party in Plateau State is not aware of any faction as being promoted by APC in the stat because any statement released by the APC lacks facts, but always laying emphasis on faction as if they have become a competent Court of law

“Lalong’s desperate but failed attempt to create a faction within our party is known to the world. This has hugely deviated his attention from anything governance to 2023 where he hopes to be APC’s presidential running mate.

“APC on the Plateau should advice Lalong to know that having failed woefully as a Governor, he should stop deceiving himself for any future political consideration.

“Once again, Governor Lalong and Plateau APC should know, that Plateau farmers do not carry AK47″ but hoes and other farming implements, and we have no land for ranching. You lie! Lalong, you lie!.”