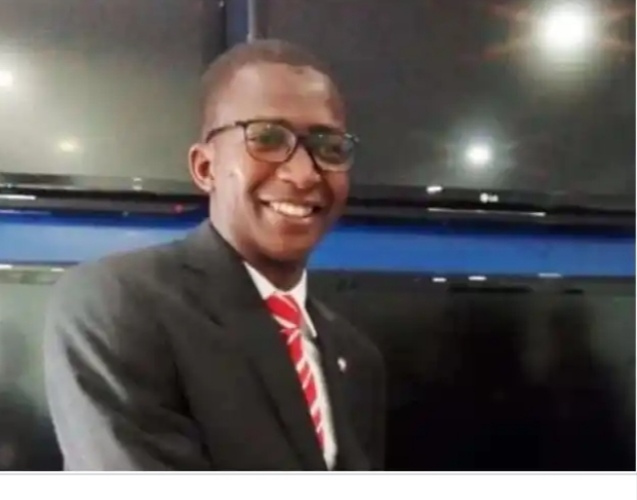 The  Senate on Wednesday confirmed Abdulrasheed Bawa as the substantive Chairman of the Economic and Financial Crimes Commission ( EFCC).

The confirmation was a sequel to the question and answer session that lasted two hours where Bawa was asked questions from over 14 Senators at the Hallowed Chamber.

Bawa who  was ushered into the hallowed Chamber 11. 45am  by the Senior Special Assistant to President Muhammadu Buhari, Senator Babajide Omoworare, rounded off the screening at 1. 55 pm.

The confirmed EFCC boss has however assured that he will discharge his duties without fear or favour and would lead by example.

President of the Senate, Senator Ahmad Lawan had promised that Senators can ask any will ask any question, just as he said that the screening will allow for a substantive Chairman for the anti-graft agency.

Speaker, members of Kebbi State House of Assembly accompanied the Nominee.
Recall that Lawan had said last week that the Nominee would be screened at the Hallowed Chamber.

President of the Senate had said, “The screening of the Chairman-designate of the EFCC will be done in plenary, in keeping with our tradition here and in particular, for thoroughness it requires.”

The Senate had last week received a formal request from President Muhammadu Buhari, seeking the confirmation of the appointment of Abdulrasheed Bawa as Chairman of the Economic Financial Crimes Commission (EFCC).
The letter which was addressed to the President of the Senate, Senator Ahmad Lawan, was read during the start of plenary.

According to President Buhari, the request to screen and confirm Bawa’s appointment as Substantive Chairman of the Commission was “in accordance with paragraph 2 subsection 2 of Part 1 CAP E1 of the EFCC Act 2004.”

Bawa, aged 40, who holds a B.Sc degree in Economics, and Masters in International Affairs and Diplomacy, is presently the Head of Operations of the Commission’s Lagos office.

After his confirmation by the Senate, Bawa is expected to take over from Mohammed Umar Abba, who was appointed as Acting Chairman by President Buhari last year, following the suspension of the immediate past Chairman of the EFCC, Ibrahim Magu.

It will be recalled  that the vacuum of substantive chairman was created in the anti – graft agency with the suspension of Ibrahim Magu on July 6, 2020.

The agency had been under the headship of  Ahmed Umar in acting capacity since the suspension of Magu.

President Muhammadu Buhari had forwarded Magu’s name to the Senate on June 2016 for confirmation.

It would be recalled that the Senate during former President of the Senate, Senator Bukola Saraki had on December 15, 2016, rejected the confirmation of the then acting Chairman of EFCC, Ibrahim Magu as a substantive chairman of the commission following what the upper chambers described as very damming report from the Department of State Security Service, DSS.

According to the Senate then,  there was no way it would have confirmed Magu because of the security report by the DSS as the report was not palatable fir such an exalted position especially during an administration with fight against corruption as its major agenda, just as it asked President Muhammadu Buhari who nominated him to immediately replace him with another name.

But barely  one month after the Senate rejected the confirmation of Acting Chairman of EFCC, Ibrahim Magu as the substantive Chairman, President Muhammadu Buhari wrote yet another letter  to the upper chamber through the then President of the Senate, Senator Bukola Saraki for a U- turn on the earlier decision.

Against that backdrop, the Senate again screened Ibrahim Magu as a substantive chairman of the anti-graft agency.

Also recall that Magu was appointed in acting capacity by President Buhari on November 9, 2015, following the sack of his predecessor, Ibrahim Lamorde

It would also  be recalled that Vice President Yemi Osinbajo, acting as the President while President Muhammadu Buhari was away in London on a 10-day medical vacation in June 6, 2016 had forwarded a letter to the Senate.

The letter was a request for the screening and subsequent confirmation of Ibrahim Mustapha Magu, then an Assistant Commissioner of Police, ACP, as the substantive chairman of the anti-graft agency.