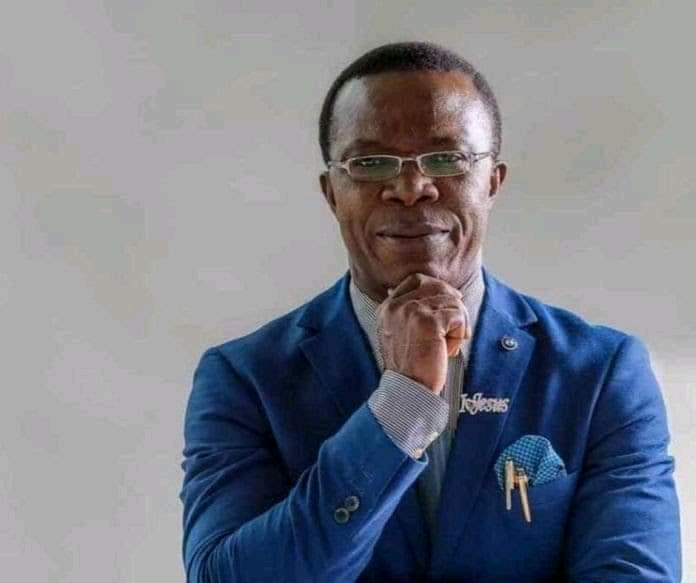 The Untold Story Of Dr Cosmas Maduka (Coscharis), That Is Inspiring.

Few years after losing his father at the age of 4, he dropped out of school. And that was in elementary three.

At a point, he started hawking bean cake (Akara) with his brother in Plateau State so as to fend for his family.

At the age of 7, he was taken to his maternal uncle who sold motorcycle parts in Lagos to serve as an automobile apprentice.

At the age of 14, his uncle out of anger paid him off with 200 Hundred Naira for his 7 years of service because he closed shop and went for a church camp programme.

With the 200 Hundred Naira, he partnered with his brother and they formed Maduka Brothers and were trading in automobile parts.

But it wasn’t long, the company failed and they parted ways due to ideological differences.

Determined to succeed, he started importing motor spare parts and was doing well. But misfortune strucked when he received a wrong spare parts consignment and was plunged into debt, and his landlord whom he owed several months’ rent, ended up locking his shop.

Unwilling to give up, he took a weight scale which he had received as a wedding gift to the market and started charging 10 kobo from everyone who measured their weight.

The wife was in tears seeing her husband who was already doing well becoming a shadow of himself.

Not long after that, he went into another partnership with his friend Dave. That partnership gave birth to a new company- CosDave. But because of some differences, the company also collapsed.

Yes, a company that is owned by this same 7 years old apprentice is now the sole representative of the BMW brand in Nigeria.

The same company also represents other great brands such as Jaguar LandRover, Ford, Mini, Morris Garages and the luxurious Rolls-Royce brand in the Nigerian market.

The company also holds sole franchise of the Abro automotive care brands and the car rental franchise for Sixt Rent a Car.

Friends, that same man that dropped out of school in elementary three, was inducted as a Harvard Business School Alumnus in 2012, having completed an Executive Education Program.

That same man was honoured by President Goodluck Jonathan with the National Honour of the Commander of the Order of the Niger (CON) in 2012.

In 2015, it was discovered in his interview with Forbes that this same man has become a Multi Billionaire with a personal net worth of over 500 Million US Dollars.

Welcome to the world of Dr. Cosmas Maduka, the founder and President/CEO of Coscharis Group.